Tension in Eastern Mediterranean: The geopolitical ‘Quadrangle’ of Greece, Cyprus, Israel and Turkey 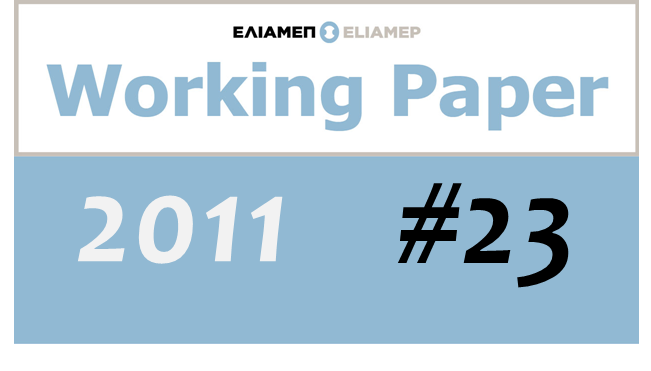 Working Paper no. 23/2011 of ELIAMEP’s Director General Dr. Thanos Dokos discusses how the combination of interstate conflicts and non-defined boundaries and economic zones with carbohydrate reserves can be an ‘explosive mixture’ for politics. As long as Noble Energy continues its drilling operation in Cyprus’s Block 12, tension in Eastern Mediterranean remains high. The working paper analyses the strategic goals of Turkey, the impact of the crisis Cyprus Issue intercommunity talks, the  debate on the potential role the Hellenic Republic can undertake in Eastern Mediterranean, the importance of the Exclusive Economic Zone, Turkish-Israeli and Greek-Israeli relations and perspectives for the next stages of the crisis.