DEMOS – Democratic Efficacy and the Varieties of Populism in Europe

DEMOS research program is built on the assumption that populism is symptomatic of a disconnect between how democratic polities operate and how citizens perceive their own aspirations, needs, and identities within the political system. As such, DEMOS explores the practical value of ’democratic efficacy’ as the condition of political engagement needed to address the challenge of populism. The concept combines attitudinal features (political efficacy), political skills, knowledge, and democratic opportunity structures.

In order to better understand populism, DEMOS addresses its hitherto under-researched aspects at micro-, meso-, and macro-levels: its socio-psychological roots, social actors’ responses to the populist challenge, and populism’s effects on governance. DEMOS focuses not only on the polity, but equally on citizens’ perspectives: how they are affected by, and how they react to, populism. Politically underrepresented groups and those targeted by populist politics are a particular focus, e.g., youth, women, and migrants. As populism has varying socially embedded manifestations, DEMOS aims at contextualising it through comparative analysis on the variety of populisms across Europe, including their historical, cultural, and socioeconomic roots, manifestations, and impacts. DEMOS develops indicators and predictors of populism and elaborates scenarios on the interactions of populism with social actors and institutions both at the national and the EU levels.

Unifying 15 partners from 10 disciplines, DEMOS combines in-depth research on populism and democratic efficacy with action research and pilot projects in order to develop lasting tools and timely policy recommendations; project methods include experiments, deliberative polling, text mining, surveys, and legal analysis. DEMOS places strong emphasis on communication and productive interactions with a variety of stakeholders throughout the project, including policymakers, journalists, students, and the general public.

Dimitri A. Sotiropoulos, Dimitris Katsikas and Emmanouil Tsatsanis work as researchers in the project. Their research centers on collection and analysis of new empirical, quantitative and qualitative material regarding popuilst ideology, populist parties and populist public policies as well as policy recommendations to prevent the further expansion of populist erosion of democracy. The project started in early 2019 and will continue for another two years, during which ELIAMEP researchers will continue playing a major role, as in the project’s first year, when they led Work Package 2 of “Demos”.

More information on the project can be found here.

Article (in Greek) by Dimitri A. Sotiropoulos on the lack of democratic efficacy in Greece, based on research for work package 7 of the DEMOS research program (Kathimerini newspaper, 19 June 2021).

Keynote Speech by Dimitri A. Sotiropoulos at a Conference on Greek Politics After the Elections of 2019 (2 November 2020) 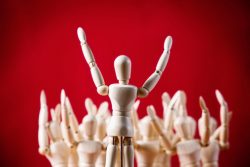 Who are the populists and how to respond to them: Evidence from mainstream European Parliament parties - Dimitri A. Sotiropoulos

Working Paper on ‘Citizens’ Reactions to Populism in Europe: How do target groups respond to the populist challenge?’ 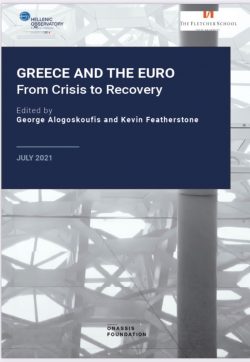 “Populism, Party Politics and the Economic Crisis in Greece: A Comparison with the case of Portugal” – Chapter by D. A. Sotiropoulos in the volume coedited by G. Alogoskoufis-K. Featherstone

Working Paper on ‘What Kind of Public Policies Trigger Populism?’

Working papers on the Triggers of Populism - DEMOS project

Report on Conceptualizing the Varieties of Populism - DEMOS project