Dr George Kalpadakis is an Assistant Researcher at the Modern Greek History Research Centre (KEINE) of the Academy of Athens. As a Visiting Lecturer he has taught courses on foreign policy, diplomatic history and Southeast European studies at the departments of Law and Political Science of Democritus University of Thrace and at the department of Political Science at the University of Crete. He has held positions as a Visiting Scholar at the University of Cambridge and a Research Fellow of the Hellenic Centre for European Studies (EKEM). He has been a member of the editorial board of the LSE’s “Millennium” as well as academic coordinator of the LSE organization “Oikos.” He is the author of “The Macedonian Issue, 1962-1995. From silence to popular diplomacy” (Kastaniotis) for which he received the Academy of Athens “Giorgos P. Economou” prize in 2013. He studied at University College London (B.Sc. Honours), the London School of Economics and Political Science (M.Sc.) and the University of Athens from which he was awarded his Ph.D. in 2009. His research interests focus on foreign policy, state-building and regional cooperation in Southeast Europe. 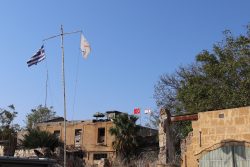 Ahead of the five-party meeting: Convergences and bridgeable differences towards the reunification of Cyprus 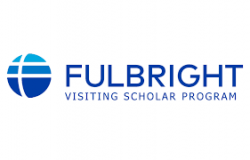