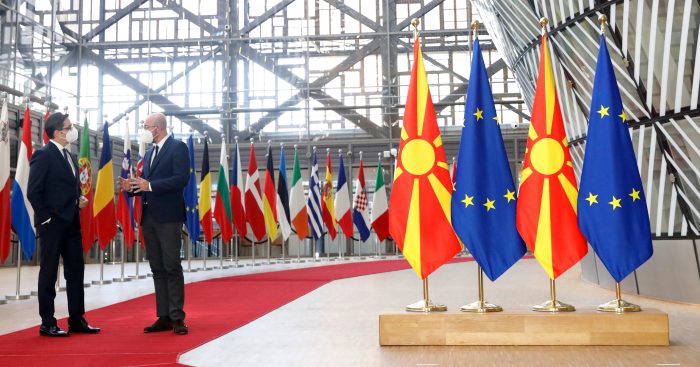 Three years after the signing of the Prespa Agreement, Ioannis Armakolas and George Siakas have co-authored an article commenting on the key findings of the third-in a row nationwide survey of public opinion in relation to the North Macedonia name issue.

“The Prespa Agreement is internationally recognized as a key event in the context of efforts to stabilize and Europeanize the region. The fact that Greek public opinion only sees marginal benefits accruing to the agreement is explained in essence by the nature of the political confrontation, which emphasized the sentimental aspects of the issue and underestimated its benefits. Unfortunately, that is reminiscent of the political controversy of the ‘90s which largely shaped the negative perceptions of citizens aged 35-50 in relation to the issue,” they stressed.

The survey was funded by Konrad-Adenauer-Stiftung (KAS) and conducted by the Public Opinion Research Unit UoM and ELIAMEP’s South-East Europe Programme.

You can find the article, in Greek, here.