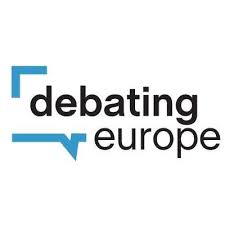 Yet the fall in arrivals hasn’t made the politics any less divisive. Europe is still struggling over what to do with the people already here. Redistributing refugees remains a ferociously contentious issue (see, for example, the anti-refugee rhetoric in the recent Hungarian elections) and large numbers of people remain trapped in a legal limbo, many in reception centres in Greece and Italy waiting to be told they can move to other countries. Critics say EU plans to redistribute refugees have totally failed. Even if they had succeeded, many asylum seekers (including those from Afghanistan) were anyway excluded from the scheme.

Citizens in frontline countries, including Greece, feel they’ve been abandoned. Whilst Greece, for example, has received significant financial assistance to help cope with the refugee crisis, the country has been completely overwhelmed in terms of hosting and processing arrivals. Plus, the refugee and migrant crisis took place while Greece has been undergoing painful austerity measures, including mass redundancies and public sector cuts.

In order to take a closer look at the local impact of the refugee crisis, we have launched our ‘Cities & Refugees‘ project – aimed at fostering a Europe-wide dialogue between citizens, refugees and asylum seekers, NGOs, politicians, and European leaders. The emphasis is on connecting local, everyday life at the city level to decisions made in Brussels and national capitals.

Today, we are looking at Athens. Greece is one of the frontline countries in the European refugee and migrant crisis. The number of arrivals by sea has fallen since an EU-Turkey deal allowing Greece to return new “irregular migrants” to Turkey in exchange for pre-processed Syrian refugees. Still, in 2017 there were roughly 60,000 asylum seekers and migrants stranded in the country.

Greece has a population of roughly 11 million (though it has been declining in recent years), with around 3-4 million living in the “Athens Urban Area” (i.e. the city of Athens itself, plus the greater metropolitan area surrounding it). It’s estimated that more than 2,500 refugees and migrants are living in squats in Athens occupied by anarchists and so-called “solidarity” groups. Conditions for asylum seekers and migrants in Greece have been heavily criticised by NGOs.

Yet, according to Eurostat, more than one in three Greeks in 2016 were experiencing conditions of poverty or social exclusion, including 37.8% of children under the age of 17 (the highest percentage in the EU since 2010). In recent months, there have been protests from both asylum seekers and Greek residents who feel like they’ve been abandoned.