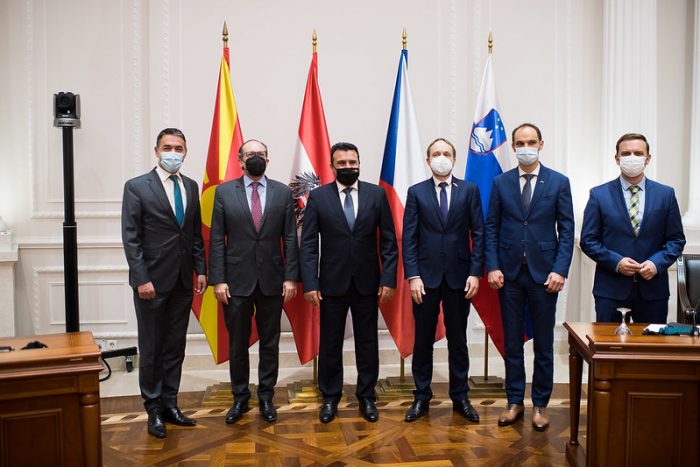 Ioannis Armakolas talked about the implications of the political turmoil now enveloping North Macedonia, especially with regard to the Prespa Agreement, in an interview with Skai radio and Katerina Drakou.
Commenting on the vague statements of the main opposition leader, Hristijan Mickoski, about the use of the country’s constitutional name and his position vis-a-vis the Prespa Agreement, Armakolas said that Athens will react immediately if the Agreement is not consistently applied.
He noted that: “Even if Mickoski himself, for some reason and in some way, demonstrates that he believes in the Agreement or eventually uses the new name, his partners in government may not follow suit, since the parties with which he is trying to form a government include hard nationalists who will not accept the use of the name. In addition, a number of candidates elected in various municipalities have refused to use the new name since day one. So, there will be many issues if such elements are included in a new coalition government”.
Armakolas also explained in detail the views held by the main opposition VMRO-DPMNE party on numerous issues, as well as its links to illiberal democracies in Europe which wish to impede the accession process for the countries of the Western Balkan. He ended the interview with an analysis of the reasons for and impact of Zaev’s resignation from both the government and his own SDSM party.