Space, memory and the legacy of the 1923 Population Exchange between Greece and Turkey – Dr. Kalliopi Amygdalou 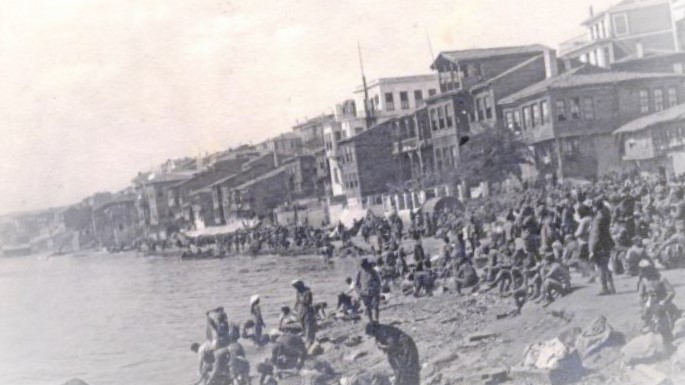 Architectural Historian Dr. Kalliopi Amygdalou has been awarded an ERC Starting Grant for her proposal titled ‘Space, memory and the legacy of the 1923 Population Exchange between Greece and Turkey’ (HOMEACROSS). She will lead a 6-member research team based in both Greece and Turkey. HOMEACROSS is one of the two grants that have been awarded to Greek host institutions this year.

The 1923 Exchange of Populations between Greece and Turkey ratified the dislocation of over a million Greek Orthodox Christians from Anatolia and Eastern Thrace to the Kingdom of Greece, while hundreds of thousands of Muslims were deported from their homes on the Greek side to Turkey. As the centennial of these events approaches and while the Aegean continues to be a space of crossings, HOMEACROSS looks at the material legacies of the Population Exchange in the Izmir and Athens provinces, which received large numbers of refugees. Combining extensive fieldwork, archival research and digital mapping technologies (GIS) to collect, analyse and visualise the data, architectural historian Kalliopi Amygdalou and her team will record and study the urban and rural sites of displacement and resettlement – whether new, re-inhabited or abandoned. Second, she will focus on questions of memory and identity, based on oral accounts and reconstructed or reused monuments. Last, in cases where current residents are contemporary refugees, she will address current practices of homemaking as an additional layer of these spaces’ histories.