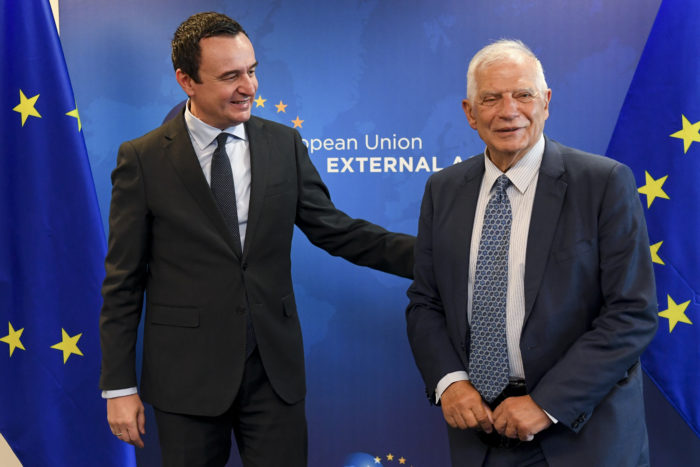 Bledar Feta gave an interview about the ongoing crisis between Kosovo and Serbia to Elif Tektaş from the Ankara Centre for Crisis and Policy Research (ANKASAM). Commenting on the reasons behind the crisis, Feta noted that: “Like previous episodes, the latest crisis stems from the volatile situation in the Serb-dominated north. The area serves as an extension of the Serbian state with the local population participating fully in Serbian parallel institutional structures. This has given rise to a peculiar dual sovereignty status with all the problems that entails. As a consequence, tensions escalate periodically, with Pristina trying to establish and strengthen its statehood and Belgrade striving to undermine it”. Commenting on Russia’s role in the region, Feta noted that: “The tensions between Serbia and Kosovo, along with any other conflict in the Balkans, serves Russian interests in the region because it delays the integration of the Balkan states into western organizations such as the EU and NATO. The Kosovo-Serbian dispute has now emerged as a privileged field for Moscow to exercise influence in the Balkans”. According to Feta: “The EU should fill the vacuum created by the stagnation of the region’s EU accession processes, as the first essential step towards challenging Russia’s influence in the Balkans”.