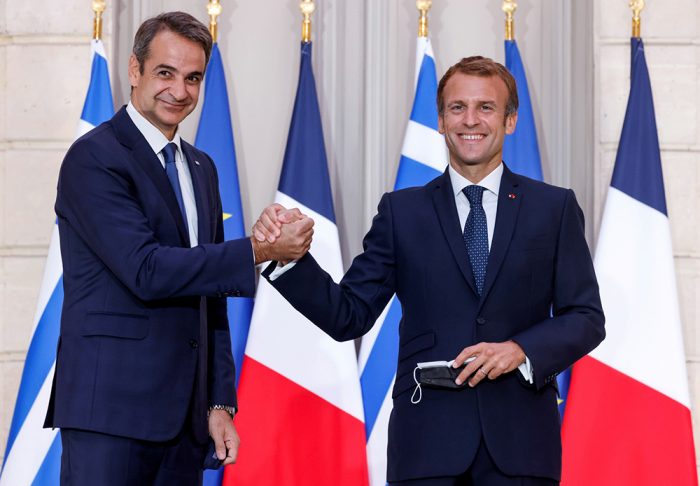 Panayotis Tsakonas talks about  the Greece-France military pact and the strengthening of Greece’s deterrence ability.

You can find the comments, in Chinese, here.

“Greece has a long history of leaning towards European defence autonomy. Turkey is an old problem and has become a traditional security threat. Greece has attempted for many years to turn both the EU and NATO into ‘security providers’, yet it has got nothing from NATO and not exactly what it expected from the EU”, Panagiotis Tsakonas, a professor of international relations at the University of Athens and senior research at ELIAMEP said in an interview with The Paper. “Greece certainly supports the strengthening of European defence autonomy, and is convinced it will be one of the beneficiaries.”

However, Tsakonas also pointed out that the pursuit of a common European defence is a “very ambitious project”, and that the countries of Europe have a long way to go before they agree on common threats and form common capabilities. In this respect, the stance of Germany, a dominant player in the EU, is of particular importance.

According to Professor Tsakonas, “It is worth emphasizing that, according to the mutual assistance clause included in the Greece-France military agreement, France will provide armed support to Greece should a military attack on its territory occur. This means that France would provide military assistance to support Greece’s ‘sovereignty’, though not Greece’s ‘sovereign rights’, which may relate to its claims to a continental shelf or Exclusive Economic Zone (EEZ) in a non-delimited area in the Eastern Mediterranean.”

“We may thus see Turkey’s illegal (exploration) activities continue”, Professor Tsakonas notes, “although Greece’s deterrence ability has been strengthened by the Greece-France military pact, especially vis-a-vis any future attempts by Turkey to present a fait accompli in the Eastern Mediterranean.