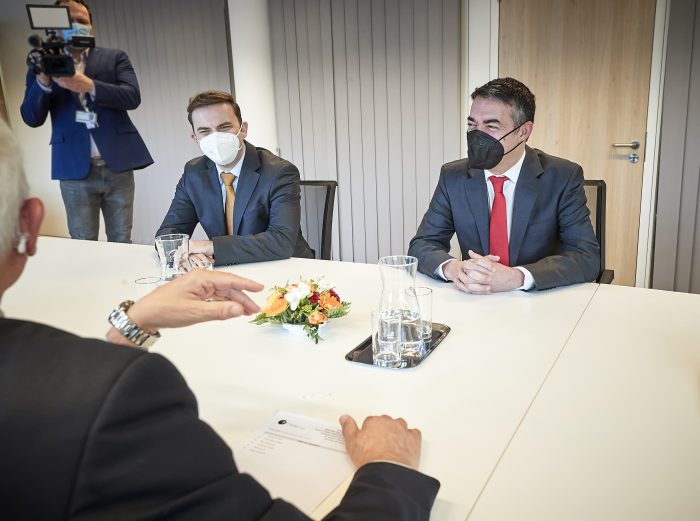 “Every now and then, Greece’s Foreign Minister reiterates the country’s commitment to seeing all the Western Balkans join the EU, and sometimes Athens takes part in initiatives aiming to revitalize the enlargement process, but I think much more could be done. One direction is, of course, through enlargement, and in this context we should be doing more to help Albania and North Macedonia to start accession negotiations. Another direction should be to fully exploit the potential of the Prespa Agreement, the implementation of the core provisions of the Agreement, but also by working more to build a long-term partnership with North Macedonia. North Macedonia can become possibly the key partner, Greece’s most important partner, in the region. But for that to happen, we need to do more to engage with North Macedonia and help with its EU accession path”, said Dr Ioannis Armakolas in his interview with journalist Lepa Djundeva for North Macedonia’s TV 24.
He further explained why it would be difficult for Albania and North Macedonia to begin EU accession talks now, and why Greece is not mediating in the Skopje–Sofia dispute. Dr Armakolas also talked about whether the new enlargement methodology could add further delays to the process, and about how hard it will be for the Western Balkans to move closer to the EU without a solution on the Serbia–Kosovo issue.

You can watch the interview here

You can read the transcript of the interview, in English, here