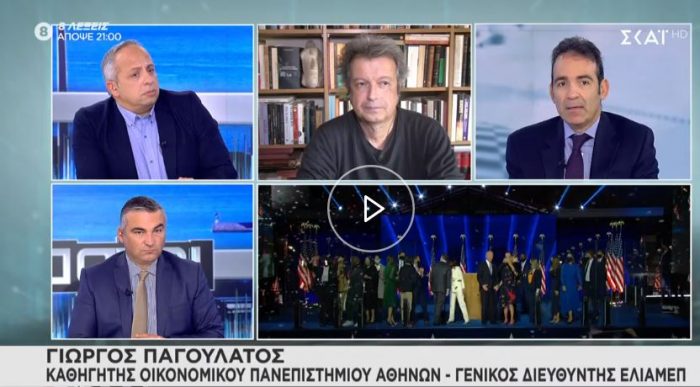 “The US is minimally intervening in our region compared to its past activity. The intensity of American intervention in the region is decided based on the Middle East. Currently, there is little dependency on Middle Eastern oil and Israel has relatively stable relations with its neighbors. That is perhaps the only achievement the Trump administration can claim. Furthermore, a disentanglement from European affairs had begun from Obama’s era, if not earlier. The ‘American pivot to Asia’ recognizes the rapid commercial and strategic progress of the region. Perhaps most importantly for the Biden administration, the American public is disillusioned with the idea of the US as a global protector, sending troops abroad and wasting its resources to defend countries on the other side of the Atlantic,’ said George Pagoulatos in his interview on SKAI.