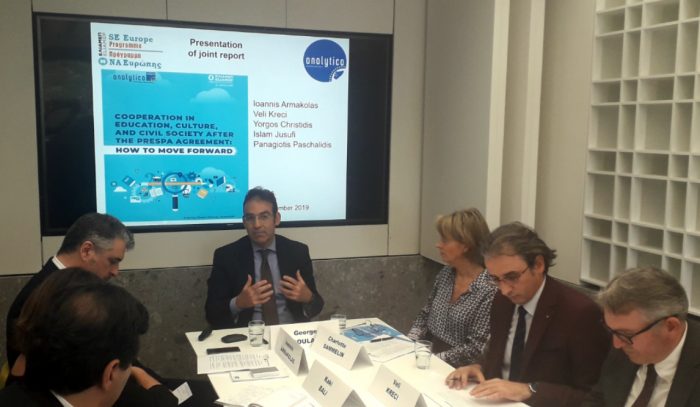 ELIAMEP and Analytica recently presented the first ever joint report between a Greek and North Macedonian think tank.

The report “Cooperation in Education, Culture and Civil Society after the Prespa Agreement: How To Move Forward” is the result of the third collaboration between the two think tanks. All three collaborations were funded by the Swedish Ministry of Foreign Affairs and were supported by the Swedish embassies in Athens and Skopje.

The authors of the report presented its findings in Athens, hosted in ELIAMEP’s premises and in the presence of Charlotte Sammelin, Ambassador for Sweden in Greece, as well as a number of diplomats, academics and journalists. The report was also presented in Skopje.

You can read the full report in English here.