Event: “Japan as a Significant Partner of the EU and Greece” 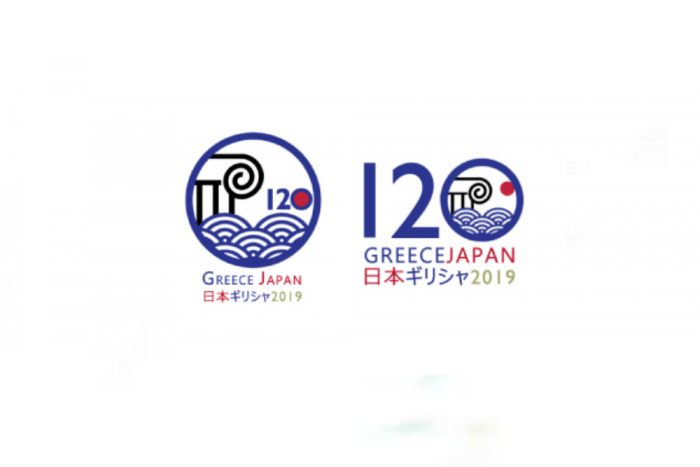 Japan as a Significant Partner of the EU and Greece

This event, jointly organised by the Institute of International Economic Relations (IIER) and the Hellenic Foundation for European and Foreign Policy (ELIAMEP), in cooperation with the Embassy of Japan in Greece, aimed to contribute to a better understanding of: (i) the significant role played by Japan in the international scene at a challenging juncture of the early 21st century; (ii) the prospects of EU-Japan ties as global partners; (iii) the dynamics of Greco-Japanese political and economic relations.

H.E. Mr. Yasuhiro Shimizu, Ambassador of Japan to Greece, greeted the participants in the event, and referred to the 120th anniversary of Greece and Japan establishing diplomatic relations. He stressed the rich history of both nations and highlighted the strong bond between Japan and Greece, particularly in the maritime business. The Ambassador highlighted  the EU-Japan Economic Partnership Agreement (EPA), in effect since February 2019, and expressed his hope that it would help boost trade between Greece and Japan, e.g. in the area of automobiles, machinery, cheese, wine, etc. Finally, he wished a very successful visit of the Greek Foreign Minister to Japan.

H.E. Ambassador Theodoros Georgakelos, Director of Political Affairs at the Ministry of Foreign Affairs of the Hellenic Republic, also greeted the participants in the seminar on behalf of the Minister of Foreign Affairs of the Hellenic Republic. He stressed the universal acknowledgement of Japan as an economic powerhouse, which is re-emerging on a global scale and its influence is increasing again. In his words, Japan’s cooperation with Greece is very significant not only on a bilateral level, but also in the broader context of Southeastern Europe and the EU.

Dr. Thanos Dokos, Director General of ELIAMEP, dwelt on Japan’s weight in relation to the balance of power in the international system. After WWII, Japan kept a low-profile stance, and chose to rebuild its society instead. While the global debate revolves around China and the US, Japan is seen as a silent power. Nowadays, there are more competitive powers in Asia and this has led to the emergence of interstate competition, specifically between China and Japan. Beijing’s clout has grown exponentially over the past few years, but there is a feeling that it has done so at the expense of Tokyo. Since Prime Minister Shinzo Abe came to the helm, Japan has prioritised security and has upgraded its national defence capabilities. Dr. Dokos concluded that a more active Japan in the global forefront could have a crucial role and could significantly balance the relations between US and China.

Mr. Plamen Tonchev, Head of Asia Unit at IIER presented the key features of the Economic Partnership Agreement (EPA) between the EU and Japan, which entered into force on 1 February 2019. He went through a long list of benefits to be expected by both sides, deriving from the abolition or lowering of trade barriers, which sends a powerful signal across that two of the world’s biggest economies reject protectionism. As regards Japan’s Quality Infrastructure (QI) initiative, an ambitious plan for the provision of overseas development aid, Mr. Tonchev presented Tokyo’s priorities. He drew the attention of the audience to the Ise-Shima guiding principles, which are close to the EU understanding of conditions to be met by large-scale infrastructure projects. At the end, Mr. Tonchev presented the international resonance of Japan’s QI policy and the prospects of linkages to China’s Belt and Road Initiative (BRI), as well as cooperation with India.

Mr. George Cunningham, Strategic Advisor at the European External Action Service, commented on the complementarity between Japan’s QI initiative and the EU Connectivity Strategy. He pointed out that the two partners did not intend to oppose China’s BRI – instead, sustainable connectivity and mutual benefits would be the key goals of attempts to harmonise the efforts of all partners involved. From the EU point of view, the utmost priorities relate to the delivery of high-quality infrastructure, fair competition, decarbonisation and innovation. Mr. Cunningham informed the audience of the EU’s plan to set in motion its Regional Development Fund and Cohesion Fund in 2021. The majority of eligible projects will focus on smart growth, green economy and connectivity as well as social issues and local development.

Mr. Ioannis Goroyas, Export Manager at MEVGAL S.A., made a special reference to Japan’s sophisticated civilisation and why foreigners should try to understand it as much as possible. He then presented the Japanese market, one of the 35 countries targeted by his company. MEVGAL has been present in Japan since 1995, and the sales of its cheese have been rising steadily since 2002. The EU-Japan EPA is expected to ensure benefits to the company through the removal or lowering of trade and non-trade barriers. Mr. Goroyas acknowledged: “It’s not easy to export to Japan, it takes time and a lot of effort. The key to success is persistence, consistency and dedication! [However], cooperation with Japanese partners has helped us improve the way we work and operate in general.”

Mr. Panagiotis Theocharakis, Vice President & Managing Director of Nissan/Theocharakis I. Nik. S.A., provided an account of his personal experience in dealing with Japanese partners. He pointed out that Greece was the first EU member state to start importing Datsun-Nissan cars. Mr. Theocharakis duly stressed the importance of understanding the local customs and ethics, if one is to have a successful business in Japan. In his words, “the decision-making process in a Japanese company is made by teams”. Once this has been properly understood by foreigners, “the Japanese are the most reliable and loyal partners one can find in the world!”

Mr. Panagiotis Soulis, New Projects Manager at Tsakos Group, also provided a personal account of his initial encounter with Japanese partners. He highlighted the team spirit and discipline as key features of work ethics in Japan, particularly in the area of ship building. “Cooperation in a Japanese workplace is much closer and more interactive than its Western equivalent, with rules always being followed and respected. As regards the reliability and integrity of Japanese business partners, Mr. Soulis underlined the notion of “honour” in Japan and added that “on many occasions, agreements where sealed through on a handshake or bow”.

The event was attended by 80 participants in the seminar. Both sessions were followed by lively Q&A discussions. After the end of the seminar, the participants enjoyed traditional Japanese food and beverages as well as Greek wine.