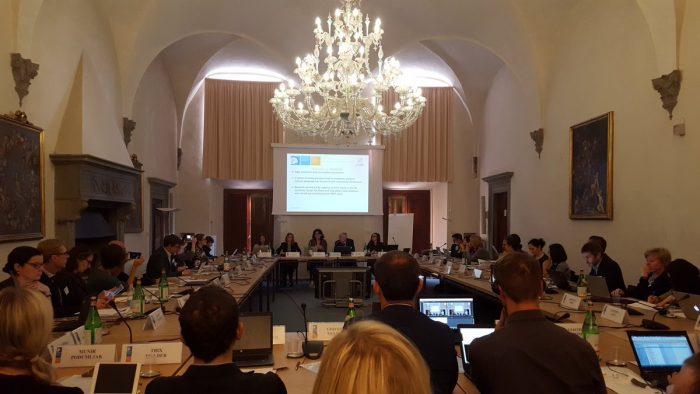 ELIAMEP researchers Evangelia Psychogiopoulou and Anna Kandyla participated in the “Media Pluralism Monitor 2016 (MPM2016) Final Workshop & Final Conference”, which took place on November 3 and 4, 2016 respectively in Florence. Both events were hosted by the coordinator of the MPM2016, the Centre for Media Pluralism and Media Freedom at the European University Institute. The final workshop was confined to the participation of project partners and aimed at discussing implementation issues. The open conference on the next day focused on presenting the findings from the first pan-European implementation of the MPM2016 carried out in 2016 in the EU Member-States, Turkey and Montenegro. ELIAMEP researchers presented key findings from the application of the MPM2016 in Greece and contributed actively to the discussions about fine-tuning the tool for the future. The agenda of the conference is available here. You may watch the conference here.