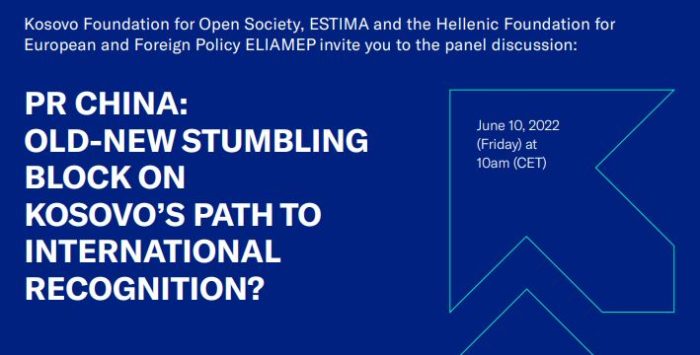 Following its economic ascent, PR China has become one of the most influential global players and started to show increasing interest in several issues, including Kosovo. The motivation behind PR China’s opposition to Kosovo’s recognition is driven by its own domestic issues, especially Taiwan, as well as its comprehensive strategic partnership with Serbia. While Russia’s concrete support to Serbia on the Kosovo issue has been largely acknowledged and discussed, especially during the intensive derecognition campaign in the period 2017-2019, the nuances in China’s position and its specific activities in relation to Kosovo have been left outside the public debate. As the war in Ukraine is likely to bring about tectonic changes in the regional and global political landscape, Kosovo needs to anticipate and be prepared for potential implications, especially stemming from China’s global ambitions and calculations.