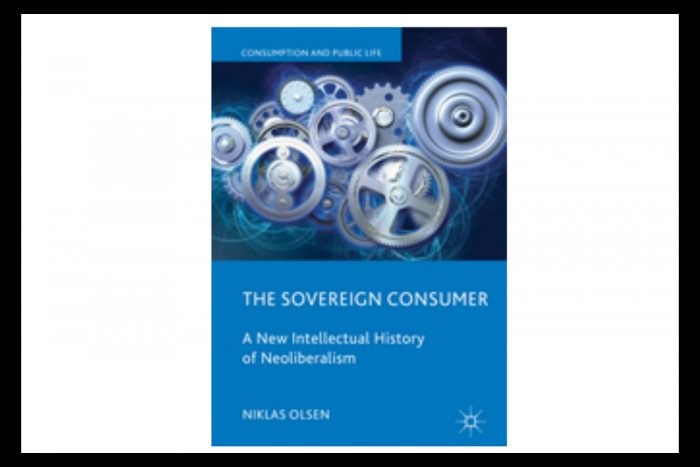 Professor George Pagoulatos, Vice- President of ELIAMEP served as a discussant at a lecture by Associate Professor Niklas Olsen on “The Sovereign Consumer and the Marketization of Politics”.

The talk, organized on Tuesday, Sept 24, by the Danish Institute at Athens, explored the historical roots of neoliberalism, focusing on the processes in which self-identified liberals, from the interwar period onwards, have attempted to renew liberalism as an ideology that claims to promote societal orders based on free markets and individual freedom.

Special attention was given to the neoliberal invention of the figure of the sovereign consumer as an ideal citizen, who supposedly guarantees not only economic efficiency but also democratic institutions by exercising her/his free choice on the market place.

This invention, as it was argued, has served to marketize politics and functioned as a major driver in a wide-ranging transformation in political thinking, subjecting traditional political values to the narrow pursuit of economic growth.