Prestigious Distinction to the President of ELIAMEP 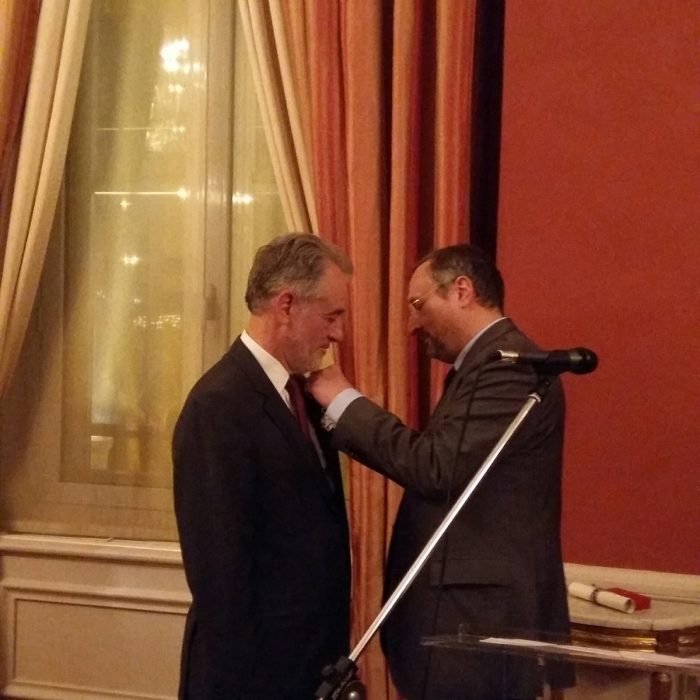 France awarded a prestigious distinction to the President of the Hellenic Foundation for European & Foreign Policy (ELIAMEP), Professor Loukas Tsoukalis. The President of the French Republic has named Loukas Tsoukalis Chevalier dans l’Ordre national de la Légion d’honneur for his contribution to the reflection on the future of the Union and his exceptional engagement in European integration.

This distinction and the explicit recognition of a life’s work reflects positively on Loukas Tsoukalis, but also on ELIAMEP and Greece itself, at a time where the country’s European image has been tarnished.

The ceremony took place on 14 December 2016 at the Embassy of France in Greece where Ambassador of France,Christophe Chantepy, conferred the distinguished award to Professor Tsoukalis.

The speech of Ambassador of France Mr Christophe Chantepy is available here.