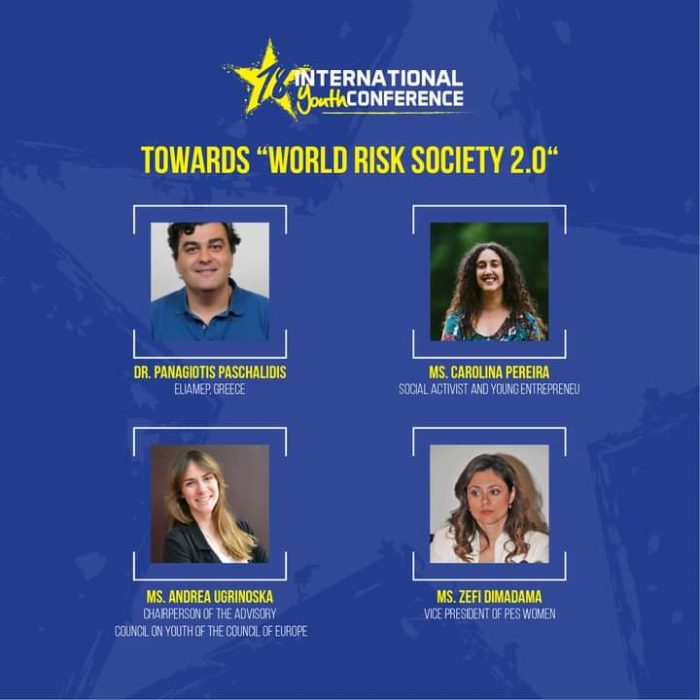 Panagiotis Paschalidis Panagiotis Paschalidis participated in the 18th International Youth Conference organized by the Youth Alliance Krusevo and co – hosted by the South – East Europe Programme of  ELIAMEP with a presentation entitled: ‘Racism and nationalism in our current societies’, which took place within the thematic panel ‘Towards Risk Societies 2.0”. Dr. Paschalidis made a link between racism and the digital public sphere, elaborating on the implications of online populism and discrimination at a societal level and exploring the role of the civil society and citizens in producing counter narratives to combat populist discourse and fake news. Dr Paschalidis provided concrete examples to discuss misrepresentations on the global media, using cases such as the Brexit or the USA politics. His intriguing input triggered a vivid online conversation among young participants, who responded with online comments and cases from their own realities.

As Dr. Paschalidis stated in present time, the public is much more frequently exposed to fake news (in the form of disinformation) particularly in the social media and many other sources (i.e. blogs). The corrosive effect of fake news can be also detected in the discussion around post-truth, a context in which emotions and beliefs, rather than facts, are more important to determine truth. It is certain that nationalist, racist and populist discourses have made abundant use of such elements.