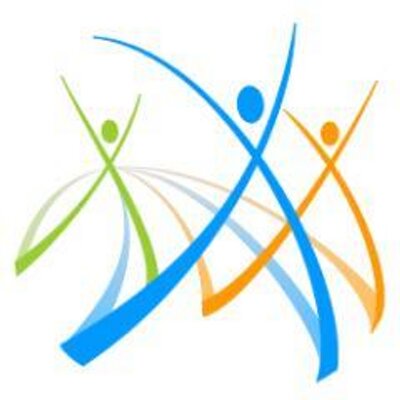 With more than 430,000 refugees having reached its islands since the beginning of the year, Greece has become the main gateway for refugees fleeing into Europe, from war and conflict zones such as Syria, Afghanistan and Iraq; and crossing from Turkey by boat. According to the latest operational update of the UNHCR, arrivals have increased by 850% for the period January-August in 2015 in comparison with 2014. Taking a closer look at the numbers, Syrians, with 142,700 people, represent the biggest group. The UNHCR also reveals that more than 2,000 people, including many children, lost their lives in the Mediterranean Sea.

Considering these arrivals and knowing the high numbers of refugees waiting in Turkey, it was obvious that the flows to Greece will continue and the number of refugees will rise. Despite that, it took a long time for the Greek authorities to realise the emergency of the situation and for the new government to start taking decisions. Luckily, a wave of solidarity towards refugees gained the whole country during the past months. Mainly local NGO’s and international organisations, with the support of the mayors and volunteers, organised the reception of the refugees, their relocation to accommodation facilities, and the collection and provision of food, water, clothes and medicines. Even if most refugees aspire to continue their journey in Germany, Austria or Sweden, some are going to stay in Greece and the government is urged to ASAP prepare an integration plan.

In September 2015, the European Council adopted a decision establishing provisional measures in the area of international protection for the benefit of Italy and Greece. This decision establishes a temporary and exceptional relocation mechanism for the coming two years, from the frontline member states – Italy and Greece – to other member states. It will apply to persons in clear need of international protection as from 15 August 2015 until 16 September 2017.

“We need to ensure that the relocation process, from beginning to end, functions smoothly and timely. This includes the management of the arrival, screening, reception and asylum procedures. Those whose asylum applications are accepted should be transferred as soon as possible to the EU member states that are willing to relocate them and the EU partners should set minimum and maximum time limits for the completion of this process. Additionally, countries where the hotspots will function must have adequate capacity to both receive and shelter these people for the duration of their stay, as well as ensure the return of those who fall outside the scope of protection, in a speedy and humane manner. Essentially we are looking at creating a mechanism with too many variables and too many actors on the ground, which requires management structures and continuous monitoring”, says Dr. Angeliki Dimitriadi, Postdoctoral Research Fellow at the Hellenic Foundation for European & Foreign Policy (ELIAMEP).

“Relocation is the first step but the most significant one is integration. Refugees should be welcomed and integrated in the receiving countries, especially the youngsters and children who will require access to education. Recognition and validation of education would be a valuable step in ensuring access to the labor market for those with the ability to present their degrees and/or prove their technical expertise”, according to Dr. Dimitriadi.

In line with this statement, an initiative from the University of Aegean has to be highlighted. The Council of the University of the Aegean unanimously decided to exceptionally accept refugee students without the usual admission tests. It is the first time that such measures are going to be implemented by a University in Greece but their application is conditioned by, first, their approval by the competent national and European institutions, and second, the reception of the necessary funding.

National and local Measures and legislation

Facing with the refugee massive arrivals and with the aim to lessen the difficulties for locals, the Greek Migration Minister, Mr. Giannis Mouzalas, announced emergent measures in the beginning of September to tackle the crisis situation on Lesvos. The measures included:

Despite the Eleftherios Venizelos passenger ferry carrying some 2,500 refugees at a time to Piraeus almost around the clock, thousands of people remain “stuck” on the Greek islands, often in squalid or dangerous conditions. In September only, more than 120,000 people arrived at the islands of East Aegean. Samos Mayor, Michalis Angelopoulous told the newspaper Kathimerini that the national government does not have a plan to tackle the situation and that the municipality would shortly put forward its ideas on dealing with the refugees. “You could, for example, employ the Syrian doctors on some remote [Greek] islands,” he says.

In line with that, it is important to mention that the asylum system in Greece functions according to the new Asylum Law 3907/2011, which requests the establishment of an independent Asylum Service as well as a first reception and identification system. The launch of this new legislative framework on asylum procedures marked a positive development, which should be further supported in order to complete the transition to a fair and efficient asylum system in Greece, as highlighted on the Ministry of Interior website.

Also, since March 2013, despite shortages of staff and the difficulties in making the necessary referrals to protection structures, operates the first First Reception Centre (KE.P.Y.) in Evros region, near the border with Turkey. A decisive improvement on the registration and identification of new entrants was consequently observed. Of particular importance remains the need to strengthen the functioning of the service, through the creation of more centres or mobile units across the country’s main entry points, especially in the islands of the eastern Aegean, due to the increased number of arrivals.

Concerning the access to labour market of refugees, Greece has not yet transposed Directive 2013/33/EU of the European Parliament and of the Council of 26 June 2013 laying down standards for the reception of applicants for international protection, as highlighted in the latest report of European Migration Network for Greece. The access of asylum seekers to the labour market is still regulated by Presidential Decree 220 of 2007, which transposes the previous Directive 2003/9/EC. 1-3 and defines that applicants for international protection can immediately have access to the labour market. According to Art. 11 of Presidential Decree 220/2007, applicants for international protection also have access to vocational training programmes, run by the public or private sector, under the same terms and conditions as Greek citizens.

But will this employment frame work meet the present European reality and refugees’ aspirations? So far the vast majority of Refugees have used Greece as a transit point along a route taking them to the richer northern states. However, decisions to fence off that route, by Hungary and to reinstate border controls, by Germany, have increased the risk that Greece will be unable to cope with migrant arrivals, possibly tipping its economy back into recession. Asked if he was concerned that refugees might become trapped in Greece, the former Minister of Shipping Christos Zois said: “I’m not optimistic because I see that everyone is buying time which, meanwhile, is running out.” The EU has already promised 33 million euros to help Greece tackle the crisis, but Athens says it needs much more, having sought 730 million euros in early September to build infrastructure to shelter newcomers. Zois added he did not expect the migrant influx to tail off as the European winter sets in. Hundreds of migrants and refugees are sleeping rough on, around Victoria Square in downtown Athens.

Currently, Greece has opened three accommodation facilities in Athens – including one made of 90 prefabricated houses in the area of Eleonas which has the capacity to accommodate approximately 750 people – as well as two additional temporary camps at the Olympic stadium Elliniko and at the stadium at Galatsi. The UNHCR had advocated for the development of the Eleonas site and assigned its Site Planner to closely assist the authorities with his expertise. The transfer of refugees and migrants from Victoria square to the stadium of Galatsi was concluded on Thursday, 1 October. It is estimated that more than 1,300 persons have been transferred. The reaction of the mayor of Galatsi was immediate and he managed to emergently create a special committee in the framework of the Social Services department in his Municipality in order to coordinate the provisions of food, clothes and water, as well as organise the cleaning and security services.

Furthermore, the mayor of Athens, Georgios Kaminis, declared to be ready to provide another accommodation facility for refugees, as soon as it will be guaranteed that the central squares in Athens won’t be transformed into improvised camps.

According to the latest statistics of the Department for the Management of Accommodation Requests from Asylum Seekers and Unaccompanied Minors of the National Centre for Social Solidarity*, 992 applications (mainly by Afghans and Syrian) for accommodation were lodged in the period April-June 2015. 95% were approved and accommodation was provided to 99,6% of the unaccompanied minors, 65,9% of adults and 100% of families, which have lodged applications.

In line with the EU’s plan, Greece is trying to expand and develop registration and temporary accommodation facilities on the islands of Lesvos, Samos, Leros, Kos and Chios. Lesvos is struggling to set itself up as an arrival “hotspot”. The EU has established a number of points in the region where migrants will be registered, fingerprinted and sorted into genuine refugees or economic migrants. The aim is to have these centres, in Greece and Italy, ready by the end of November. On his return to Vienna after a visit to the island of Lesvos, Austria’s Chancellor Werner Faymann warned that the “hotspots” would not be ready in time. “There cannot be one country in the EU that can solve the issue of refugees alone. Not Germany, nor Austria, nor Greece is able to deal with the situation alone,” Faymann said.