Infographic on Trade openness in Turkey 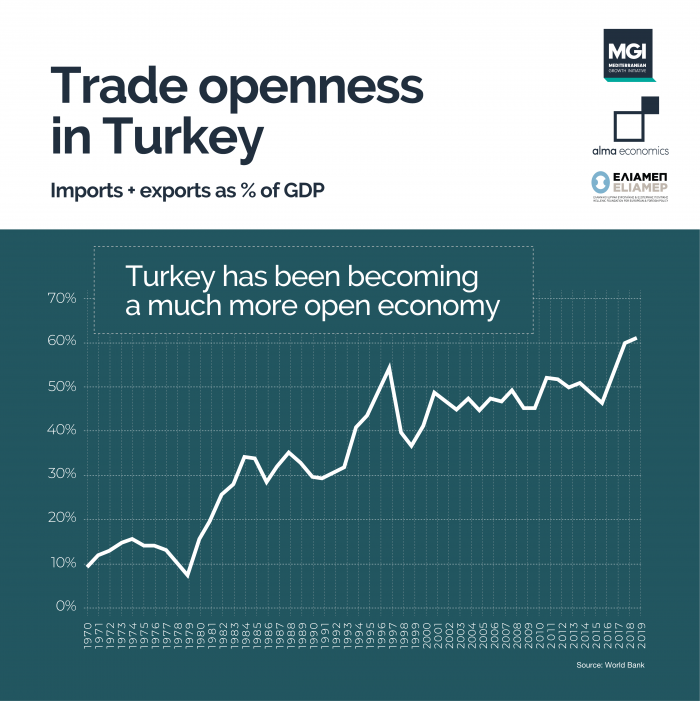 Last week’s infographics demonstrated Turkey’s interconnectedness with developed markets and its successful positioning in global value chains. This week’s graph provides further evidence for the Turkish economy’s increasing openness over the past decades. The sum of imports and exports as a percentage of GDP, an oft-used measure for gauging the openness of an economy, has been steadily rising since the early 1980s. This trend has helped Turkey transform from an isolated, closed economy in the 1970s, into a more open and extrovert economy.