In focus – Unemployment and Covid-19: Is the Eurozone more resilient than the US? 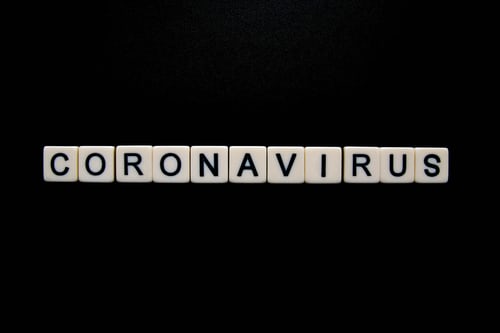 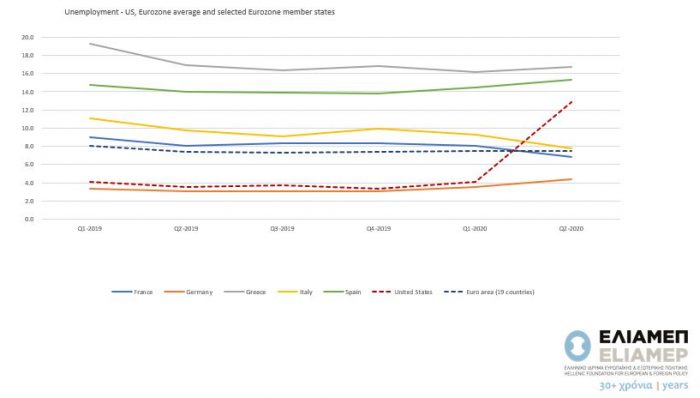 Focusing on growth rates, the shock of the Covid-19 pandemic in both the US and the Eurozone economies is unprecedented. Specifically, in the second quarter of 2020, the US economy contracted by more than 30%, while the Eurozone economy during the same period shrank by more than 10%. However, focusing on unemployment rates, the economic shock is not equally reflected between the two economies. As the graph indicates, unemployment in the US economy in the second quarter of 2020 reached 13% (an increase of more than 260% from the same period last year), while unemployment in the Eurozone as a whole remained at the same level (approximately 7.5 %). Even in countries such as Spain and Greece, with traditionally high unemployment rates and high vulnerability to lockdown measures, the unemployment rate compared to the corresponding quarter last year, increased marginally or has remained the same. Accordingly, can we say that the Eurozone economy has proven more resilient to the pandemic?

Probably yes but with some qualifications. Aside from the difference in the magnitude of the recession, which is three times larger in the US in the second quarter, the slow response of unemployment rates in the Eurozone can be attributed to the structural features of the European economies. European economies enjoy stronger welfare systems that seem to provide a stronger safety net for workers affected by the pandemic. Short-term employment schemes (Kurzarbeit) in Europe, in which governments subsidize workers’ wages to keep their jobs, seem to have prevented the unemployment rate from soaring, unlike in the US.

On the other hand, focusing on the unemployment rate in the US may be somewhat misleading, as many workers receiving unemployment benefits are expected to return to their jobs after the temporary shock. Finally, European labour markets, being less flexible, are less responsive, in terms of redundancies, to the business cycle, resulting in lower unemployment rates.