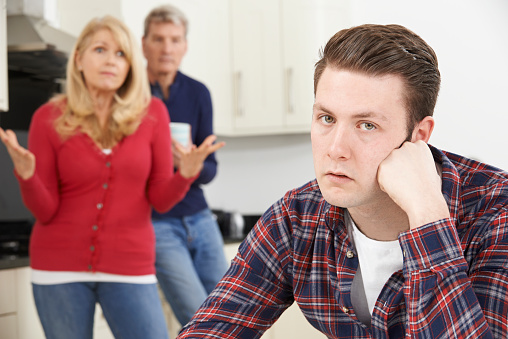 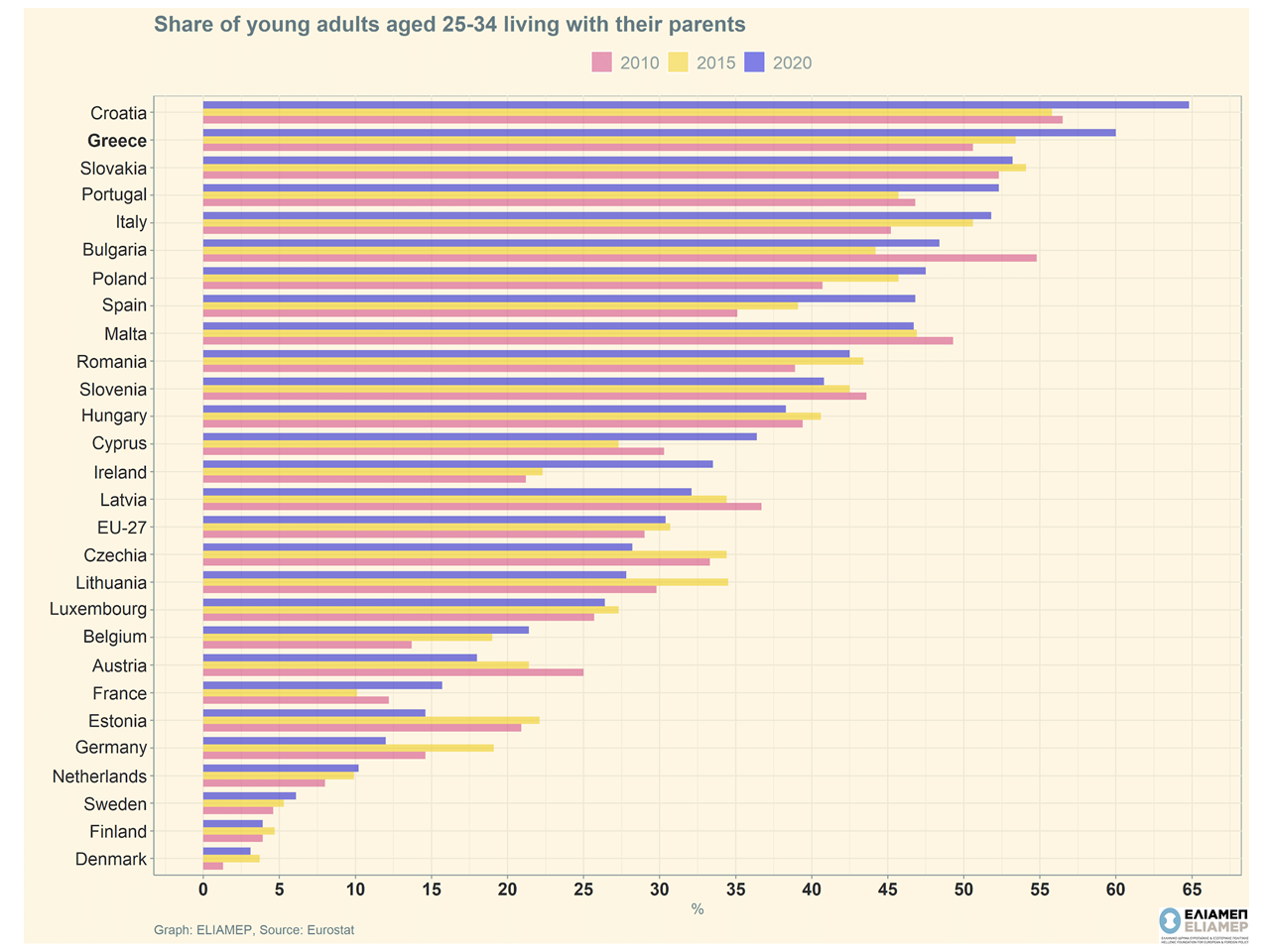 In the previous note we analyzed the significantly high share of Greek households that are overburdened by housing costs (rent or mortgage payment plus bills). The cause of this phenomenon is a combination of precarious employment, low wages and high housing costs. Prices and rents have increased in recent years, both because institutional and foreign investors have entered the market, as well as due to the increase in short-term rentals of houses as tourist accommodation.

The housing problem strongly affects the youth. Many are unemployed, while those who do work usually have low-paid and precarious jobs. With rising rents and the inability of many families to buy a home for their children (as in the past), it is no surprise that our country has the second highest percentage of young people still living at home. Specifically, in 2020 in Greece, 60% of young people aged 25-34 lived in the same house as their parents. This percentage has always been high, and has increased during the crisis (from 49% in 2007). The only country that surpasses Greece is Croatia with 65%. On the opposite side are the Scandinavian countries, where the respective share is consistently low (6% in Sweden, 4% in Finland and 3% in Denmark).

The pandemic crisis with the strong pressure on incomes, the implementation of remote work and distance learning and the successive restrictions on non-essential movement also contributed to the high percentages of young people who remain or return to the parental residence (a phenomenon that was also observed on the other side of the Atlantic, source). The pandemic may be the cause of a temporary exacerbation of the phenomenon in some cases, but it is certainly not the rule. On average in Europe the percentage of young adults living under the same roof with their parents for 2020 (30.4%) was similar to 2015 (30.7%).

The sharp variation among EU countries in the proportion of young people living with their parents is linked to different social norms. In Greece, family has a strong supportive role in children’s lives even after adulthood, while independence of the young adult by moving out of the parental house is not valued as much as in northern countries, and thus is delayed (usually until marriage). Also absent is the cohabitation culture that could be a way out for young people’s housing autonomy. Finally, housing policy in our country has traditionally been biased in favor of buying a home (e.g. through the tax exemption of mortgage interest) and against renting (e.g. through rent subsidies), although this is less the case in recent years.

What is still always true, as the European Commission observes in its recent in-depth review of the Greek economy, is the absence of social housing. The resources of the Recovery and Resilience Fund, and programs like the New European Bauhaus, are great opportunities, which our country should not waste.