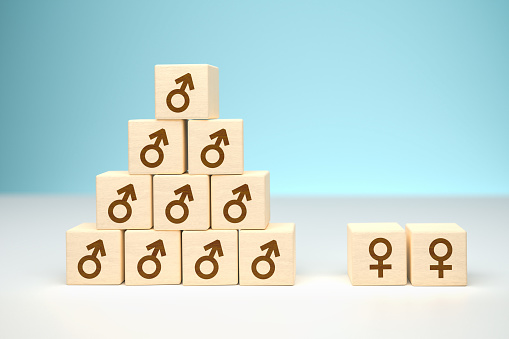 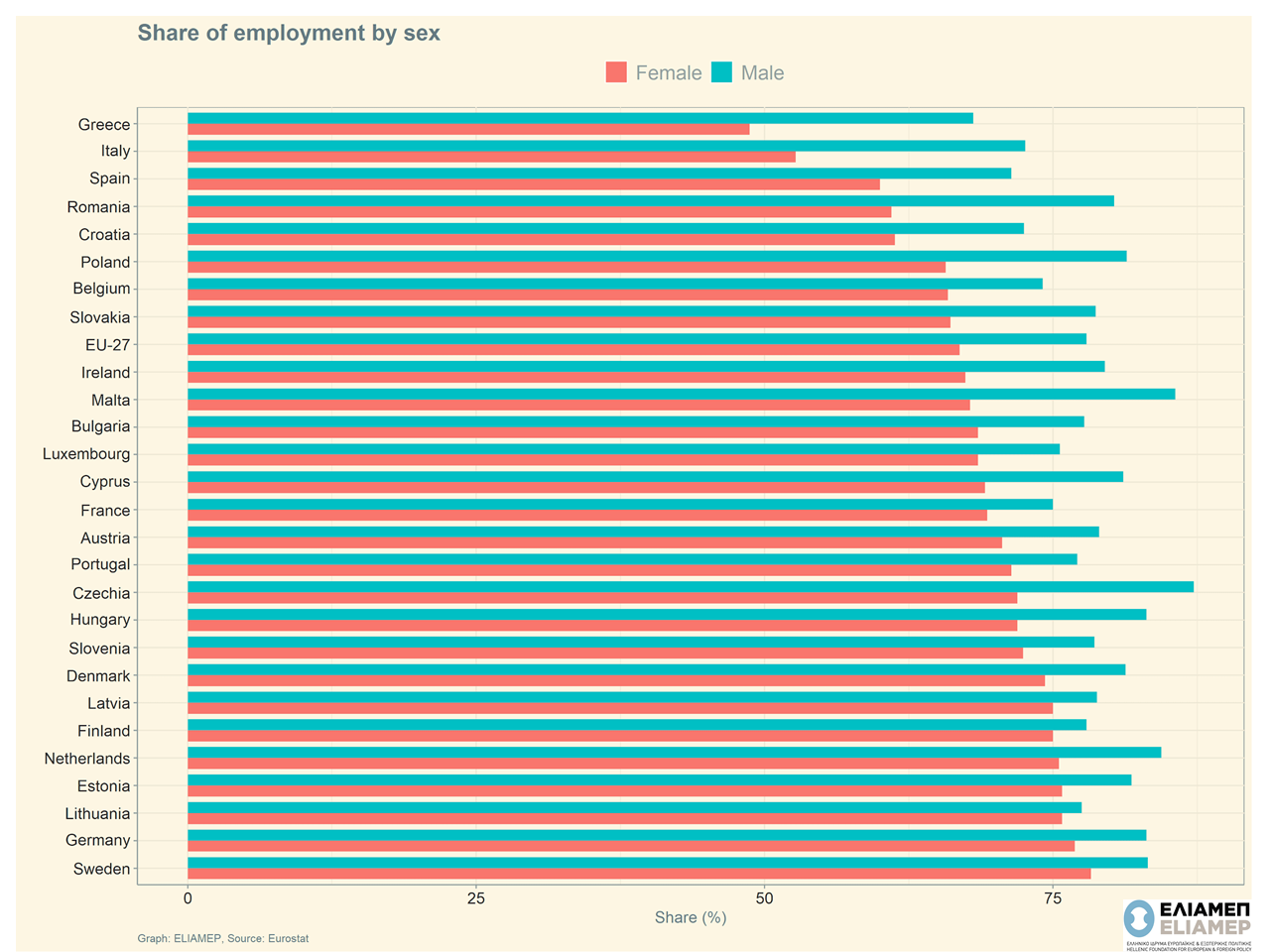 As analysed in a previous note, Greece could be proud of a low gender pay gap at least in comparison to the EU average (greek female employees receive wages 10.4% lower than male employees, while the EU-27 average pay gap amounts to 14.1%). In sharp contrast, as far as female labour force participation is concerned, Greece exhibits the lowest share across the EU (see graph). In 2019, only 48.7% of women between 20-64 years of age were employed in Greece, while male employees’ share was 68.1%.

The large employment gap is related to the narrow gender pay gap as is the case in other European countries. For example, in Italy and Romania, the low share of employed women is concentrated in high skill occupations that receive satisfactory wages (e.g. medical doctors).

Answering the question why Greece exhibits such a low share of female labour force participation is not an easy task, as one can find multiple potential explanations (e.g., social stigma, insufficient support concerning childcare, absence of employment opportunities, increased hiring difficulties compared to male employees among others). However, women persist in searching their way into the labour force. According to Greece’s public employment service (OAED), out of 1.1 mil. listed unemployed who actively searched for a job in December 2021, only 36.4% were male, while the majority (63.6%) were female.

To address low female employment share, policy should be focused on three main aspects: (1) elimination of gender discrimination in hiring processes; (2) all related impediments that women face in participating to the labour force and (3) childcare provisions such as maternity (paternity) leaves, daycare and nursersy schools for working mothers etc.

Low female employment can be also perceived as an opportunity. Thousands of women that have the necessary skills and enthusiasm constitute a potential labour force that remains dormant. Allowing these women to enter the labour market would significantly boost the Greek economy.