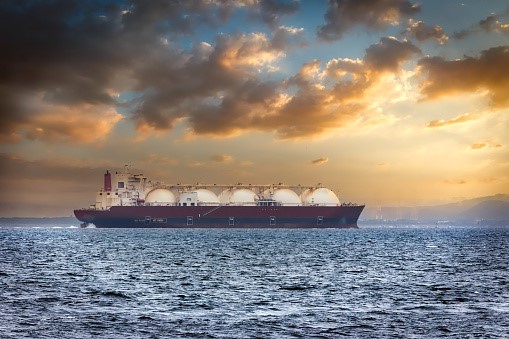 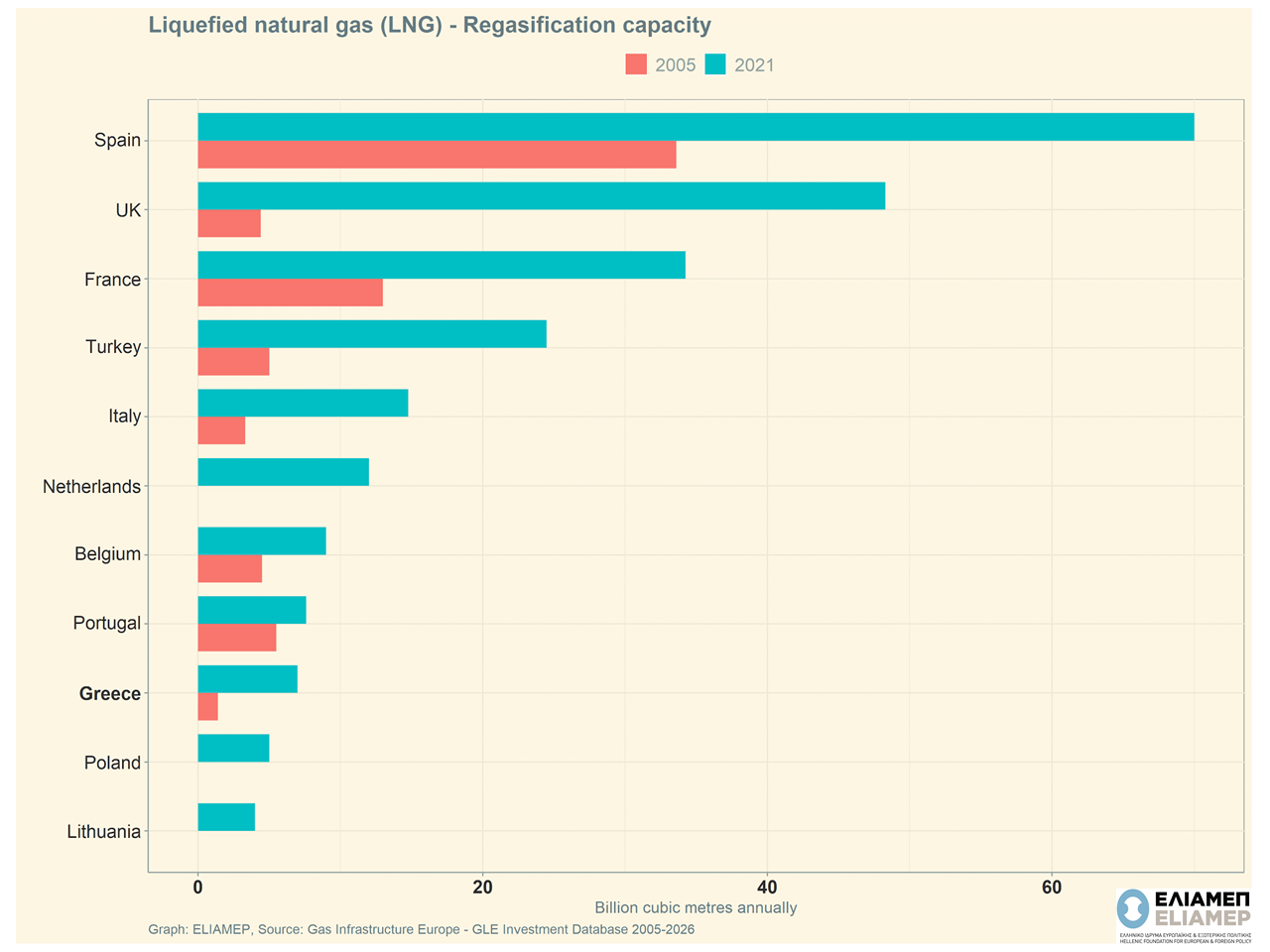 In the Energy Council meeting of the European Union that took place on 28th February 2022 amidst the extraordinary and tragic events in Ukraine, the topic of alternative energy sources to the Russian natural gas in case of supply disruptions from the Russian side, was high on the agenda.

In 2020, according to the BP’s Statistical Review of World Energy 2021, Europe imported 326 bcm (billion cubic meters) of natural gas, out of which 211.3 bcm were imported through pipelines and 114.8 bcm as LNG. The same year imports from Russia amounted to 185 bcm (167.7 bcm through pipelines, 17.2 bcm as LNG), therefore diversifying gas supplies away from Russia would require Europe to substitute this significant volume of Russian gas via different sources.*

For the time being, the Energy Council assesses that the EU can get through this winter safely, since gas continues to flow from the East, LNG deliveries have been increased and the use from gas storage has been slowed down.

However, Europe cannot rule out the contingency of further retaliation steps from the Russian side, while it is becoming clear that the continent cannot allow any third country to destabilise its energy market or influence its energy choices. As a result, Europe is called to diversify further its gas suppliers in the short term while in the long term should speed up the Green deal and boost renewable sources.

Regarding the short term goal of the EU and the immediate action plan to further diversify gas supply away from Russia, the Energy Council also examined the LNG’s potential to act as an alternative source. Europe at the moment imports LNG from multiple export countries (USA, Qatar, Algeria, Nigeria among others) that could potentially step in and cover the volume of LNG imported from Russia. The problem lies in the storage and regasification capacity of operational terminals if Europe needs in the future to substitute a large share of Russian gas imports with LNG. As Europe has not adopted a coordinated action plan regarding LNG-related investments, each country has proceeded independently.

However, according to the accurate analysis by Mr. Nikos Tsafos – expert in energy security – Europe will have hard time substituting for the imported gas from Russia both due to the large volume of it as well as due to Europe’s limited regasification capacity. Along the same lines, Qatar’s energy minister explicitly stated that it would be ‘almost impossible’ for one export country alone to replace Europe’s imported gas from Russia not only due to production capacities but also due to much of gas supply being locked under long-term contracts. Evidently, in the short term LNG can only partially cover Europe’s needs in case of major disruptions in gas supply.

*The volume of European imports from Russia include both Turkey and the UK as destinations.