In focus – Public debt as countries exit the pandemic 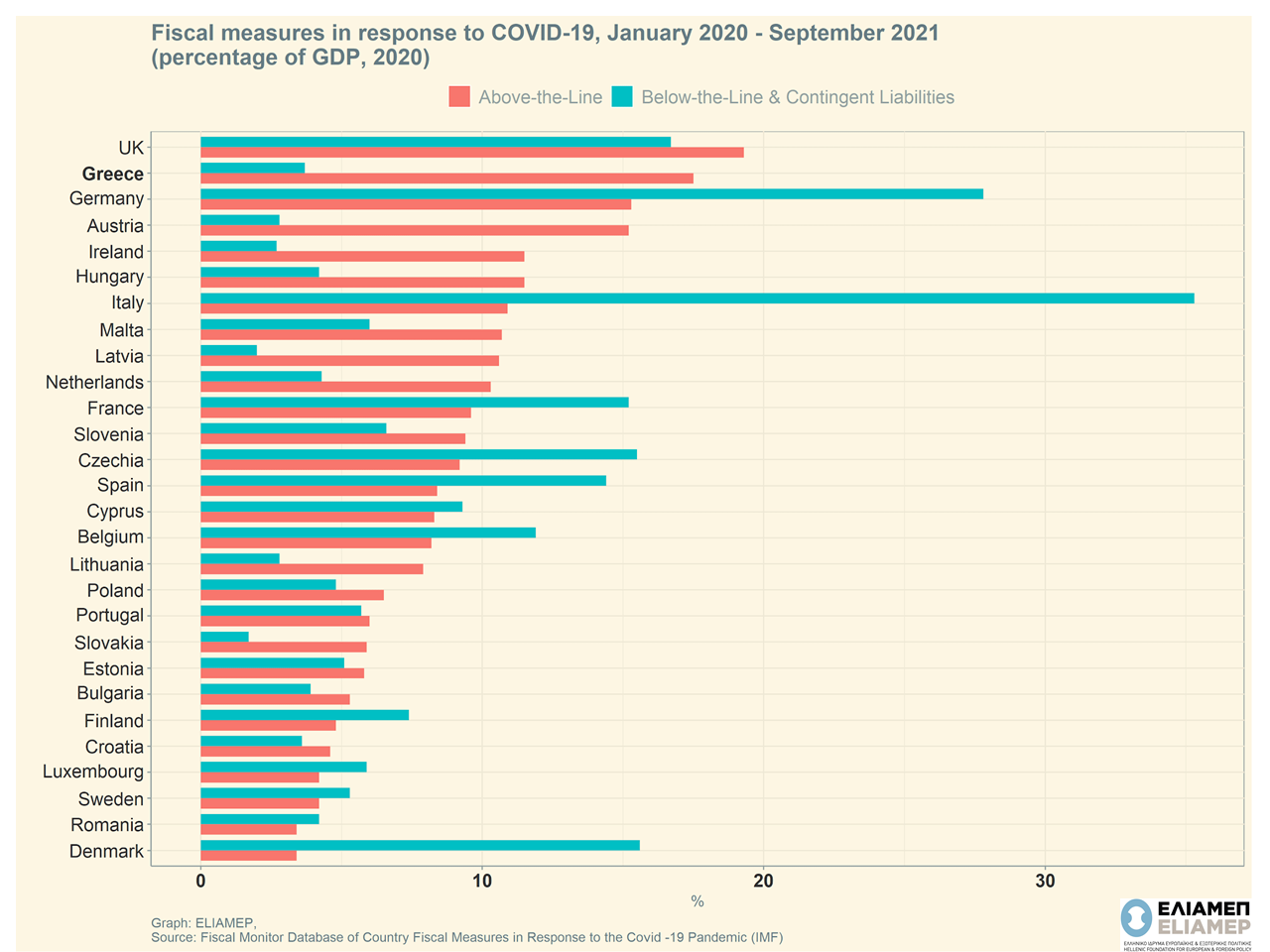 Increasing public debt was the right choice during such a crisis. In states of emergency, governments step in and through raising government spending protect social structure and mitigate the economic effects of the aggregate shock. The channels through which governments inject spending in the economy differs according to the structure of each country’s economy, the phase of the cycle at which the economic shock hits and the needs that arise along the way. The IMF attempting an overview of the implemented fiscal measures in response to COVID-19, distinguishes two broad categories: 1. Above-the-line and 2. Below-the-line fiscal measures. Above-the-line measures target the majority of the population, to support aggregate demand, while the below-the-line measures aim to facilitate business and household activity via liquidity injections. For example, the first category includes measures such as increased government spending towards the health sector, unemployment benefits, wage subsidies, targeted transfers, deferrals of tax payments and social security contributions are included. Under the second category, measures such as government guarantees granted to banks, firms and households, equity injections and loans to firms are filed.

The most notable difference between the two forms of fiscal response is their budgetary and debt-related implications. Most “above-the-line” measures have an immediate effect on the fiscal balance and government debt, increasing at the same time, borrowing needs in the short term. On the other hand, “below-the-line” measures do not have an upfront impact on the fiscal deficit and most often create a contingent liability.

As can be inferred from the graph, countries in Europe chose a different mix of fiscal policy and different levels of government spending (as percentage of GDP in 2020). The data is not meant  for a cross-country comparison as many factors determine the form and level of fiscal response. However, the case of Greece stands out as from January 2020 to September 2021, the Greek government spent 33.1 bn (USD) in above-the-line measures (17.5% of GDP). This fiscal response was indispensable and undoubtedly supported the economy, as it can be seen from the increased growth rate achieved in 2021. However, the impact of those above-the-line measures on the debt burden is significant and it comes at a time when borrowing terms are worse due to high interest rates.

There are however optimistic signs. Reinvestment of maturing principal payments of Greek bonds through the Pandemic Emergency Purchase Program of the ECB until 2024, support of public and private investments through the Recovery and Resilience Facility of the EU, as well as predicted positive growth rates of the Greek economy in the following years, are expected to contribute significantly towards the sustainability of the public debt.