In focus – How much do we trust in the European Union? 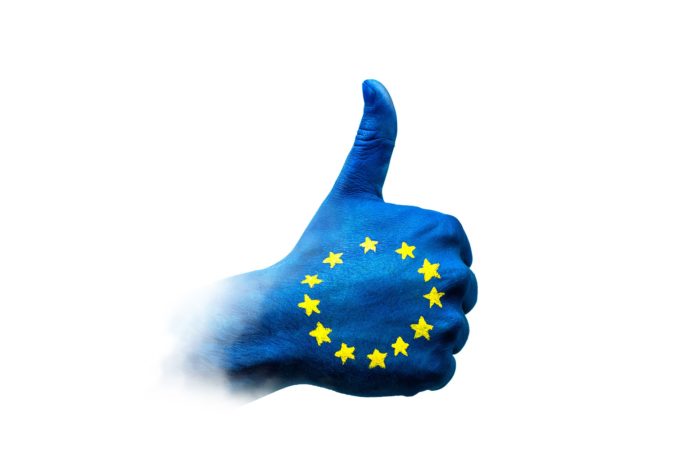 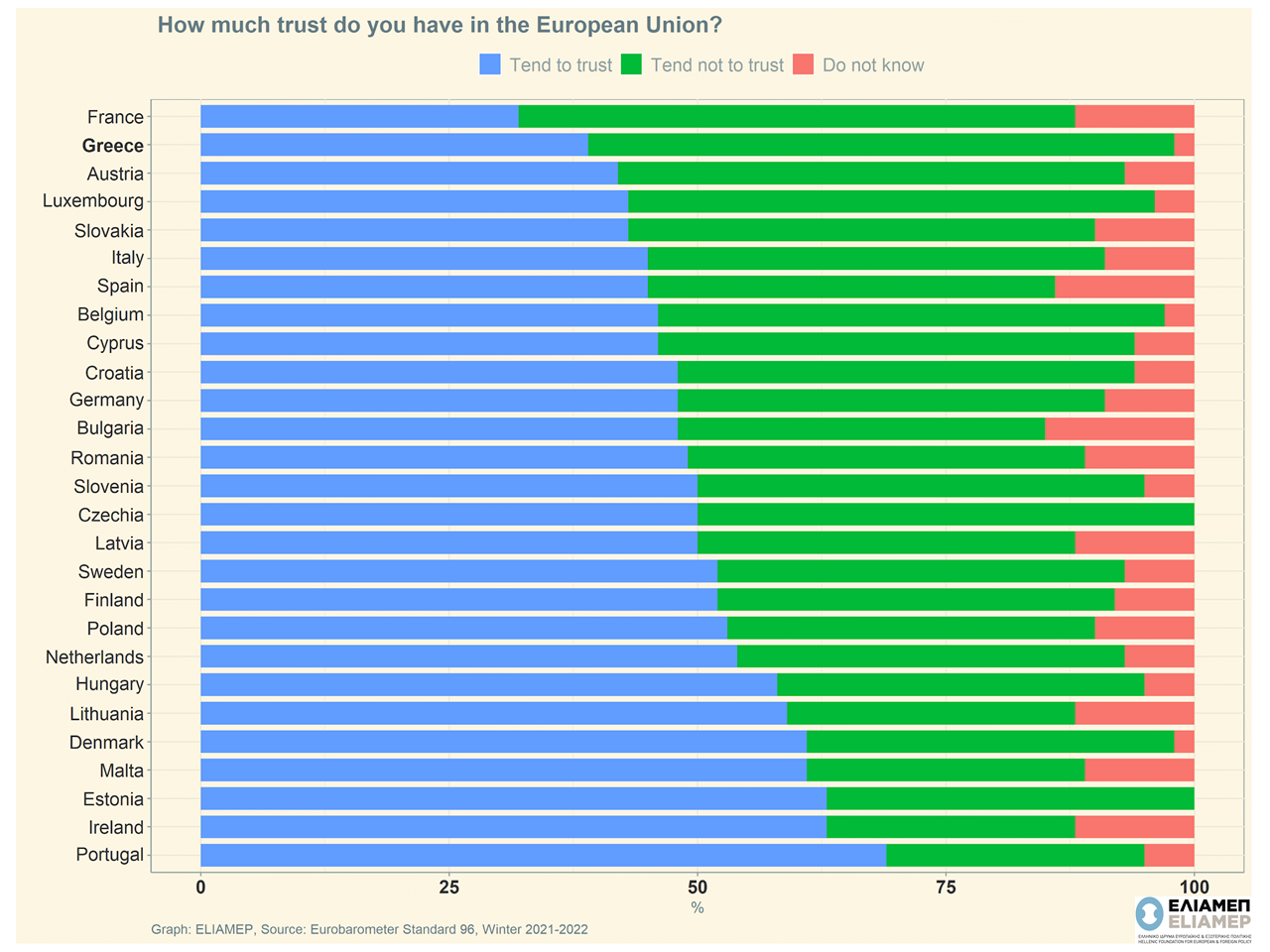 This year, Europe’s Day (May 9) is of particular importance. In the aftermath of a pandemic crisis that has hit the continent and in the midst of a war raging in Ukraine (with its effects directly affecting European economies), interest has shifted to Europe’s collective decision making institutions. Areas such as health have benefited from coordinated European action during the pandemic, and at this stage, responding to Russian aggression in the form of sanctions, tackling rising energy costs, seeking alternative Russian energy suppliers and drawing up a European defense planning require a common European policy.

Consequently, the decisions and initiatives taken go beyond national borders, while the interests of the Member States are largely aligned. In this context, it is crucial to examine the relationship between European citizens and European institutions as the latter act in the name and interest of the European population.

The latest Eurobarometer (2021-2022) provides a coherent overview of European citizens’ perceptions of the institutional functioning of the Union. Specifically, the questionnaire asks participants how much they trust the institution of the European Union, with the answers indicating significant heterogeneity in the degree of trust shown by the citizens of the EU Member States. More than 60% of the citizens in Portugal, Ireland and Estonia trust the European Union, while on the contrary, less than 40% of citizens in France and Greece trust the Union.

Our country is a peculiar case, as it shows an extremely low percentage of trust in the EU (39%), which at first glance is difficult to explain. Countries such as Portugal and Ireland have also been hit by economic crises over the past decade, but they have a lot of confidence in the EU (69% and 63% respectively) despite the memorandum policies they have been called to implement. The Baltic States, Estonia, Lithuania and Latvia are also neighbors of aggressive foreign policy (Russia) but at the same time trust European institutions (63%, 59% and 50% respectively). Even Cyprus, with which Greece shares the perception of risk in the area and forms a common foreign policy, trusts the EU significantly more (46%).

At the same time, however, Greece was the country that suffered most during the crisis of the previous decade. According to Eurostat data, the standard of living in Greece today is 22% lower than in 2007. Indicatively, in the Eurobarometer of October 2007 the percentage of respondents who said that they “tend to trust the EU” was 65% in Greece against 48% in the EU as a whole! Due to the crisis, along with the standard of living, trust in the EU collapsed. In the Eurobarometer of November 2012, the percentage of those who trust the EU in Greece had fallen from 65% to 18%. Subsequently, this percentage increased again (to 39% today), but remains significantly lower than in 2007.

But perhaps the real perception of the Greeks about the EU is more complex than the Eurobarometer index suggests. In a recent DIANEOsis report, 64% of respondents positively assess Greece’s participation in the EU, while a fairly large percentage would like a more active EU role in the fields of health, defense, foreign policy and education. So it seems that the Greeks understand the benefits that stem from participating in the European edifice, and in fact want more tangible results both in their daily lives and in national issues from the common policies undertaken at European level. This is a bet that must be won by the European institutions, so that the benefits of the common European policy reach the average European citizen.