In focus – How many hours do employees work in the EU? 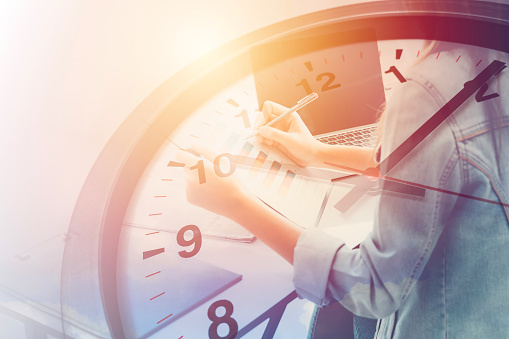 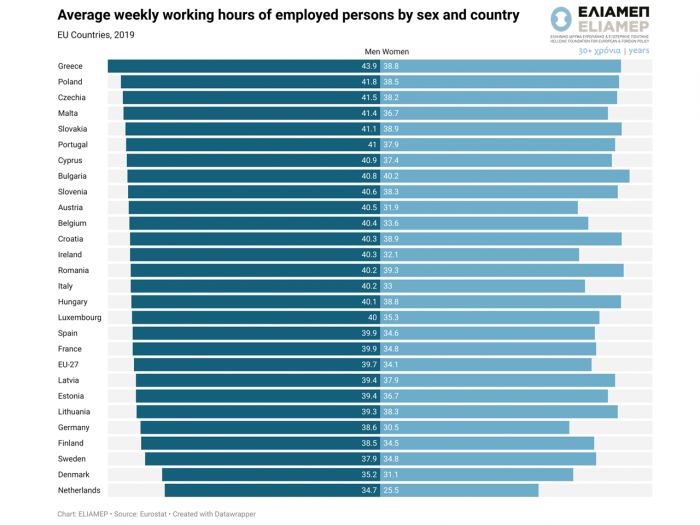 The recent labor market reform in Greece brought the issue of working hours and overtime pay back to the fore. In this context, it is worth exploring the average working time for both sexes in EU countries.

It is important to note that average working hours are affected by a number of factors. An important factor, for example, is the share of part-time workers and the participation rate of women in the labour force, as they have higher rates of part-time work than men. According to Eurostat data, the Netherlands records the highest proportion of part-time work for the same year (50.2%) with 27.2% for men and 75.2% for women, while Greece records the second lowest (9.1% overall, 5.8% for men and 10.9% for women) after Lithuania, which largely explains the big differences of average weekly working hours.

Finally, it should be clarified that more working hours do not necessarily translate into higher productivity. It may even be a result of, or even a factor for low labor productivity, since it may be linked to the low degree of capital intensity in the production process and the limited use of new technologies, or the application of inefficient organizational practices. As the chart shows, the EU’s most productive and competitive economies have the lowest weekly working averages.