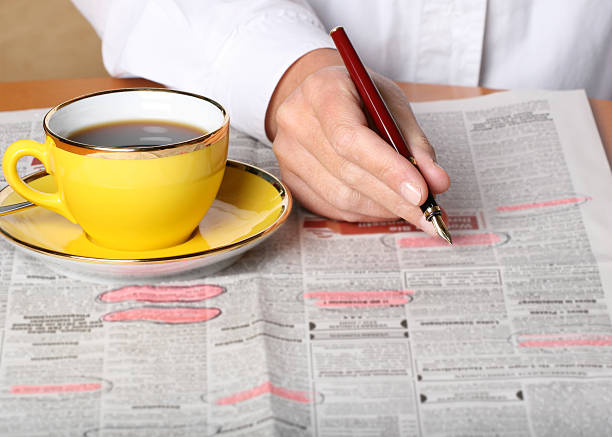 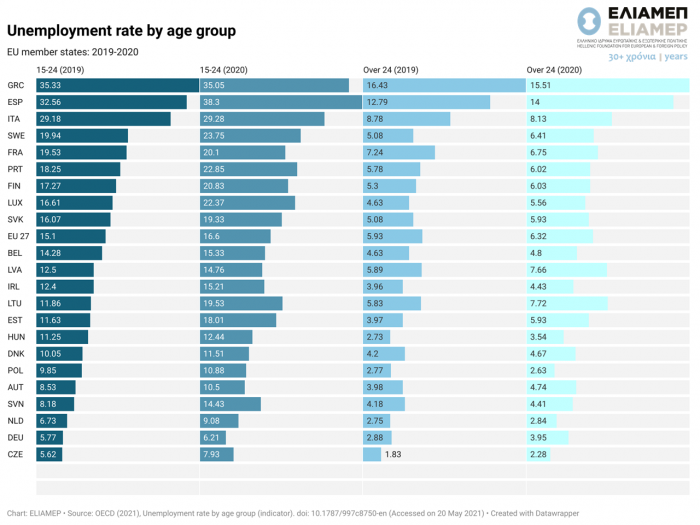 The recession caused by the Covid-19 pandemic last year did not leave the labour market unaffected. As we showed in a previous post, the increase in unemployment in the European Union was mild compared to that in the US but showed significant variation between member states. In this post we focus on the course of the unemployment rate by age groups. This separation allows us to see whether the crisis that accompanied the pandemic affected young workers more than older ones.

To sum up, the increase in the average unemployment rate at younger ages can be due to the fact that young people are mainly working in the food and beverage services business, and also in atypical forms of employment, which were affected more by the crisis and the restrictive measures. Explaining the significant differences in the change in unemployment between EU member states needs further research. One possible explanation is the different intensity of short-term work programmes, which have protected workers from unemployment during this period. In any case, we will get a clearer picture of the effects of the pandemic on the labour market when economies return to a state of normality and protective measures are withdrawn.