In focus – The pandemic and democracy in the EU 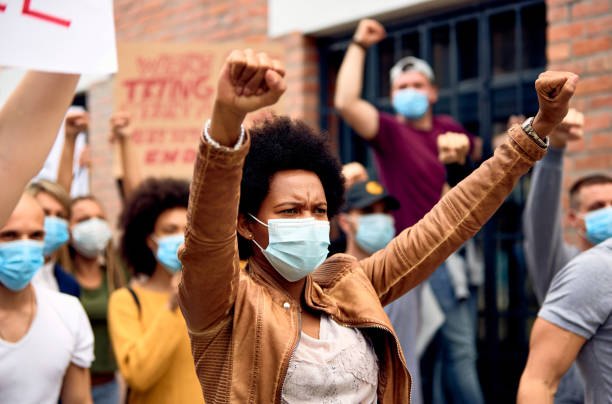 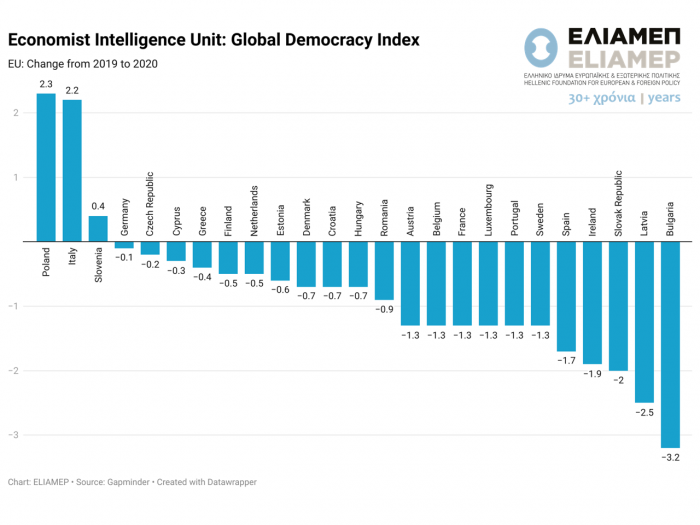 This past year has been disastrous for both public health and the economy. An additional dimension of the pandemic, which is often overlooked, is that of democracy and civil liberties. As the Economist notes, 2020 has also been disastrous in this aspect globally. This is reflected in the evolution of the World Democracy Index, which has fallen significantly over the past year. What is the evolution of this indicator for citizens of the EU member states whose freedoms have been significantly limited by the imposition of lockdown measures?

The World Democracy Composite Index is drawn from an annual survey, which measures the state of democracy in 167 countries on the basis of five sub-indicators: the electoral process and the existence of pluralism, the functioning of government, participation in politics, democratic culture and political freedoms. The chart shows the composite index for the EU countries. Across the EU, the index average for 2020 fell by 0.8 points. Bulgaria (-3.20 points), Latvia (-2.50 points) and Slovakia (-2 points) fell the most. It is important to point out that these countries rank low in the index ranking among European countries, occupying the last places along with Hungary, Croatia and Poland. On the contrary, Italy and Poland saw a significant increase in the index, which is attributed to political developments beyond the pandemic.

It is certain that shielding the population through vaccination and lifting the restrictive measures will bring the indicator of global democracy back to higher levels. However, it would be interesting to investigate the variables that contributed to this fall, something we’ll come back to in a future post of this column.