In focus – The pandemic and unemployment in Europe 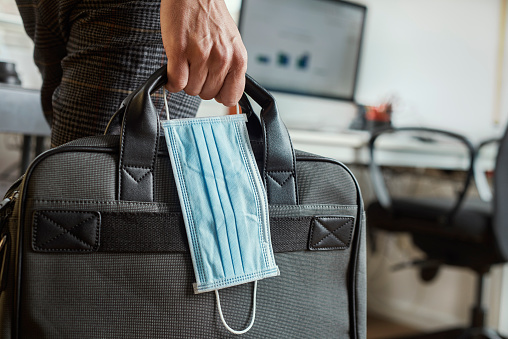 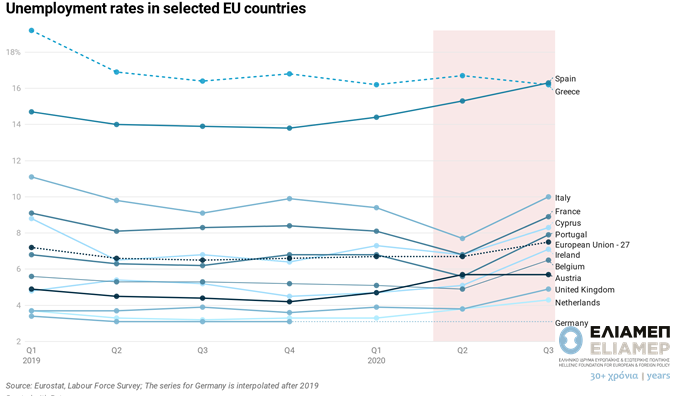 The Covid-19 pandemic has had a significant impact on the labour market across the globe. As we presented in a previous article in this column, until the second quarter of 2020, unemployment rates in Europe increased only marginally compared to those in other developed economies, such as the US.

However, according to the data of the latest Eurostat Labour Force Survey presented in the graph, unemployment in Europe appears to be increasing, as a result of the pandemic crisis, in the third quarter of 2020. Specifically, the countries with the biggest increase in unemployment between the second and third quarter were: Portugal (41%), Ireland (32%), France (30%), Italy (30%) and the United Kingdom (29%).

The lagged increase in unemployment in European economies can be partly attributed to their structural features, as they have stronger social security systems; moreover, during the pandemic governments have launched short-term work schemes (Kurzarbeit), subsidizing employees’ wages to allow them to retain their jobs. Nonetheless, the rise in unemployment in the third quarter of 2020 indicates that these schemes are probably not able to stabilize unemployment indeterminately in a recession of such size and duration.

Finally, it is interesting to note that among the selected European countries, the only country that has not witnessed an increase in its unemployment rate (on the contrary it has declined) in the third quarter, is Greece. In addition, Bulgaria, Latvia, Hungary, Slovenia, Finland and Sweden (not shown in the graph) also recorded a slight decline in unemployment during the same quarter. It remains to be seen whether the labour market in Greece and these countries will prove more resilient to the crisis than other economies or will follow the same pattern but at a slower pace.