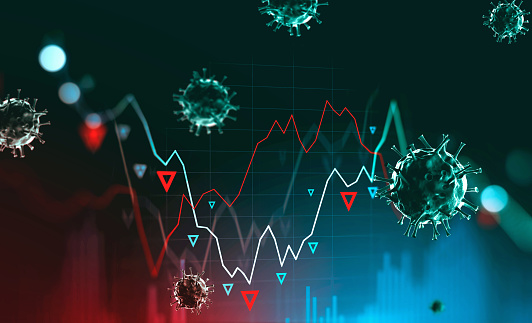 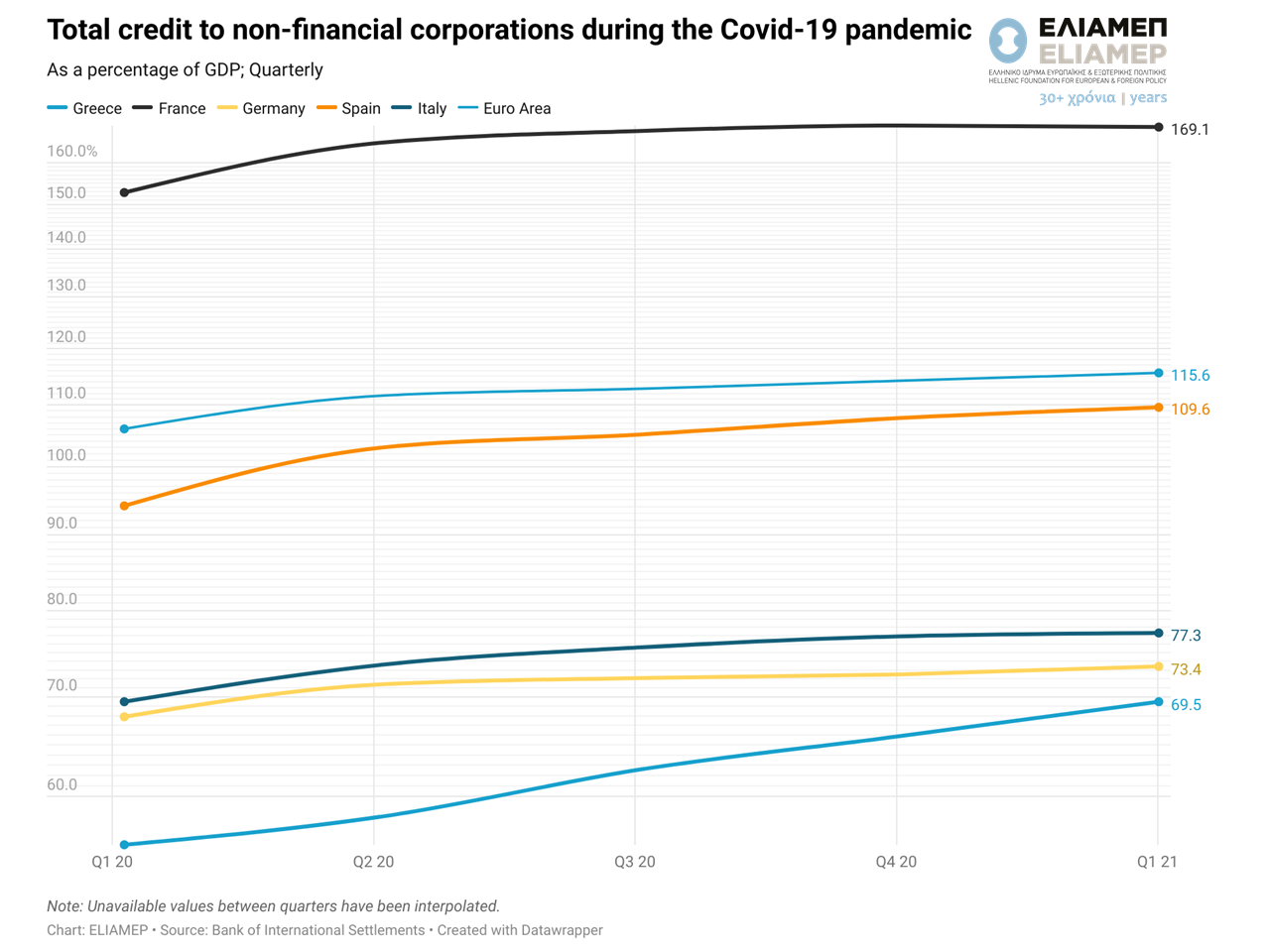 The Covid-19 pandemic caused the biggest recession in the history of the Eurozone; it averaged 6.6% of GDP. The intensity of the recession varied among Member States, with the Spanish economy shrinking by 11%, followed by the Italian (-8.9%), the Greek (-8.2%) and the French (-8.2%) economies, while the German economy experienced a milder recession of 5%.

From the beginning of the crisis, it was realized that to deal with it, it was important to ensure the continuous and adequate liquidity provision to the private sector. In this way, businesses could ensure that their liabilities were met despite reduced cash flows, until they resumed operations normally. The so-called “countercyclical” provision of liquidity, i.e., the provision of credit in negative economic conditions, would help businesses to remain financially sound by preventing defaults on payments that would lead them, and the entire economy, to financial instability. As we are gradually exiting the crisis, it is interesting to see to what extent the banks have fulfilled this need.

The chart above employs data from the Bank for International Settlements and shows credit to non-financial institutions in terms of GDP for the euro area as a whole, and for five individual economies. We note that in all economies the credit shows an upward trend, which implies that the provision of credit to businesses was to some extent countercyclical during the pandemic. This trend can be attributed on the one hand to the recession, i.e., the denominator of the index employed, but also to some extent, to the reaction of the authorities which adopted policies to support businesses, such as providing guarantees for bank loans.

Nevertheless, according to recent research by the Financial Stability Board, the progress achieved is not considered sufficient. According to the Board’s findings, the banking sector has been rather hesitant in using its reserves to provide additional liquidity during the pandemic, despite the increased flexibility and discretion provided by the authorities. The research concludes that the financial system remains alarmingly procyclical.