In focus – Financial support and the pandemic intensity in Europe 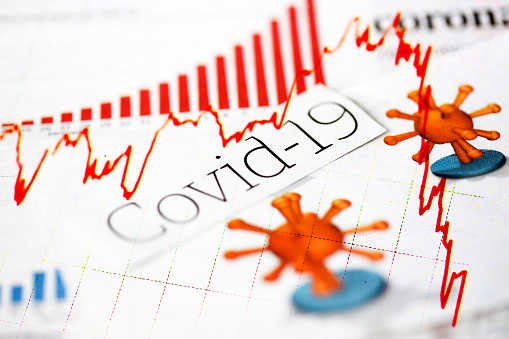 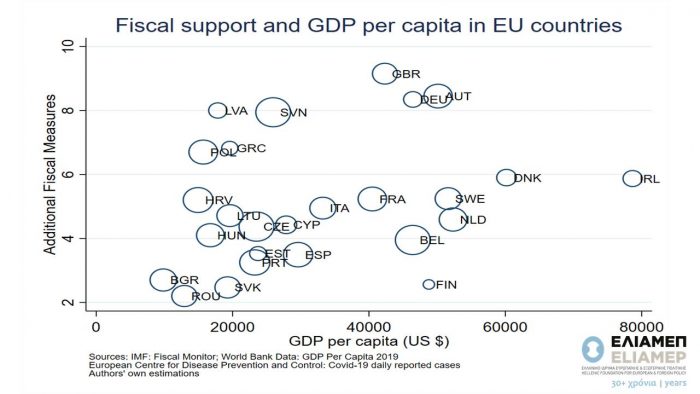 The economic crisis resulting from the Covid-19 pandemic has been unprecedented. Equally unprecedented have been the financial aid packages launched by European governments to prevent the catastrophic effects of the crisis on households and businesses. However, both the number of financial support measures adopted and the size of the fiscal stimulus varied widely between European countries. What is the reason for this differentiation? Was the amount of financial support determined by the financial capabilities of each economy or did the intensity of the pandemic play a role?

To answer this question, we refer to the data of the IFM Fiscal Monitor and specifically to the database of budgetary measures for the Covid-19 pandemic. We focus on European countries and use the “above the line measures” index, i.e., measures that refer to increases in public expenditure and reductions in tax revenues that directly affect economic activity through tax multipliers. Although the overall level of fiscal stimulus cannot reflect the effectiveness of the measures in tackling the recession, it gives us a good idea of ​​how bold the economic measures were, including measures to make up for lost household income through state aid, relief measures for taxes and debts of households and businesses, extraordinary benefits provided, but also expenditures in health systems, among others.

The amount of additional budget support as a percentage of GDP is shown in the vertical axis of the chart. It contrasts with the per capita GDP of economies, with the latter reflecting the economic potential of each economy. In addition, the cycles representing each country vary in size depending on the severity of the pandemic, calculated as the number of cases per 100,000 inhabitants with a rolling average of 14 days. The larger the cycle, the higher the average daily number of cases per population in 2020.

There is a relatively strong correlation between economic prosperity as measured by per capita GDP and the financial aid ratio. In other words, in general, the richer countries have pursued bolder economic policies and more generous economic packages than the poorer economies. Thus, at the upper end of the vertical axis we see countries such as Great Britain, Austria and Germany, while countries such as Bulgaria, Romania and Slovakia are quite low. Moreover, the degree of financial support does not seem to be related to the outbreak of the pandemic, as reflected on the number of cases: countries such as Sweden, the Netherlands, Belgium and Spain had a high number of cases during the year, however they did not pursue bold economic policies, at least as a percentage of their GDP. Finally, there are some interesting exceptions such as Greece and Poland, with quite generous policies compared to their economic potential, and on the other hand Ireland, with less generous policies despite its economic prosperity.

Note: The data on the additional fiscal measures is renewed until October 2020.