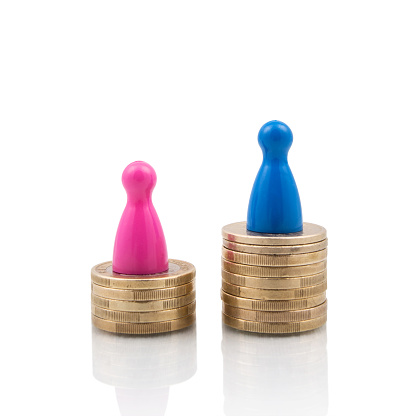 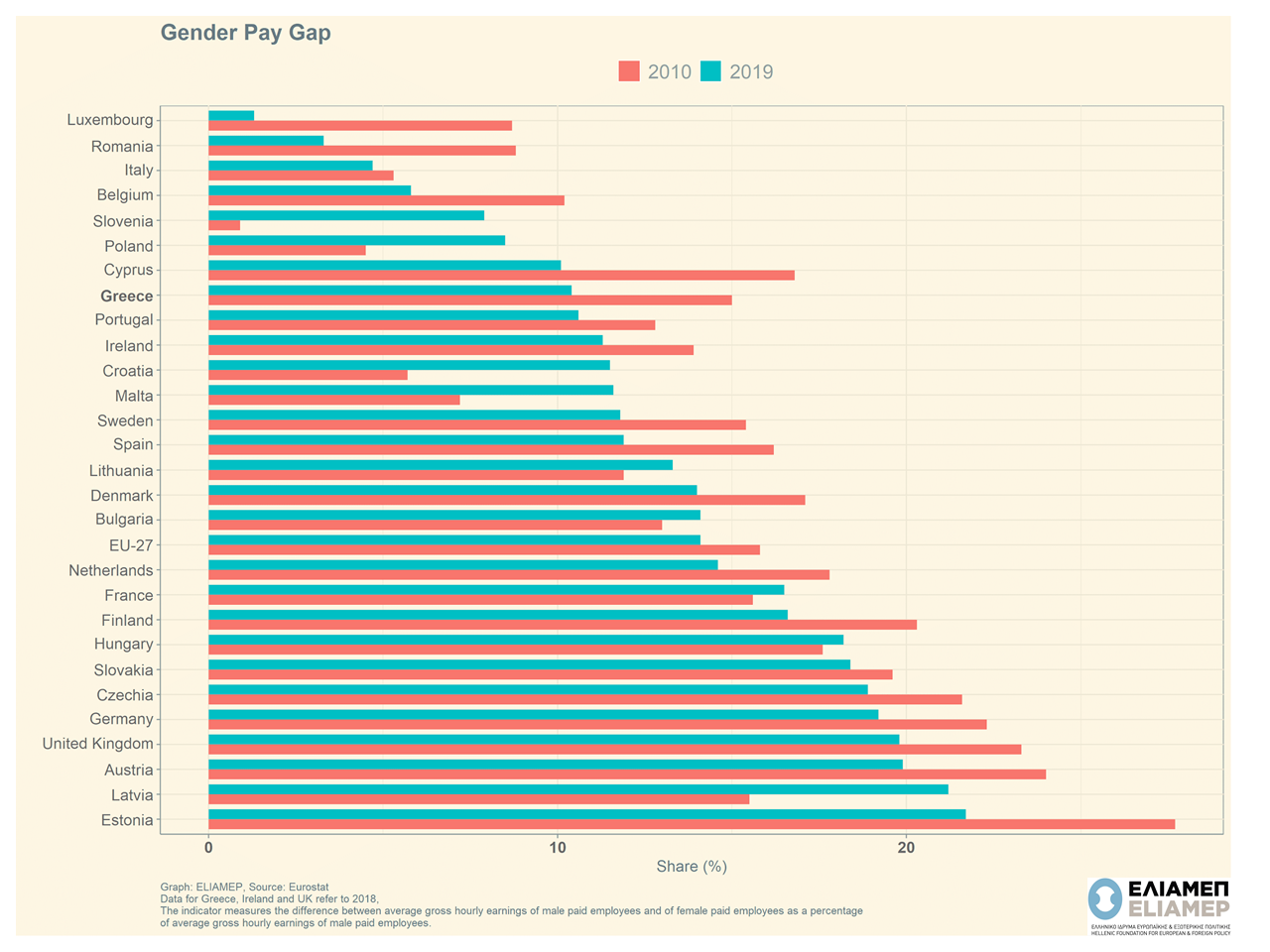 Over the last decades, Europe has experienced a huge rise in women’s labour market participation. Increased educational attainment, shift in social perceptions, the lengthening of working lives as well as integration of migrants into the labour market have contributed significantly towards this trend. Despite women’s increased participation in the labour force, female employees are not treated in equal terms, as the gender pay gap remains at a considerably high level.

European female employees received 14.1% lower wages than men in 2019. Italy, Romania and Luxembourg have successfully managed to equalise women’s and men’s wages, as they exhibit a gender pay gap below 5%. In sharp contrast, Estonia, Latvia and Austria are characterised by persistent differences between women and men above 20%. It needs to be noted that the metric used in the graph is “unadjusted”, meaning that it does not take into account employees’ characteristics (age, education, working experience etc) which undoubtedly affect the wage level. Even so, the graph offers a general overview of the difference in job earnings between men and women.

Relative to a decade ago, Europe has made little progress in equalising job earnings between genders. The European average decreased only by 1.7 percentage points since 2010 (from 15.8% to 14.1%). In most European countries, the same decreasing trend is observed between 2010 and 2019, with the exception of Eastern European countries (Slovenia, Poland, Croatia, Lithuania and Latvia) and Malta which exhibit an increase in the gender pay gap over time.

Greece exhibits a relatively low gender pay gap compared to the EU average. In 2018, Greek female employees received wages, 10.4% lower than male employees, a difference that has considerably decreased since 2010 (15%). However, this number should be carefully assessed, as Greece also exhibits the lowest share of female labour force participation across the EU.