In focus – The European exception in inequality 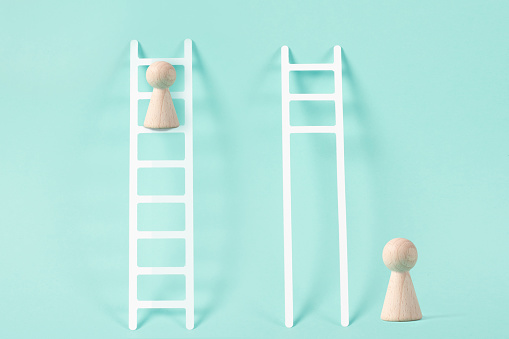 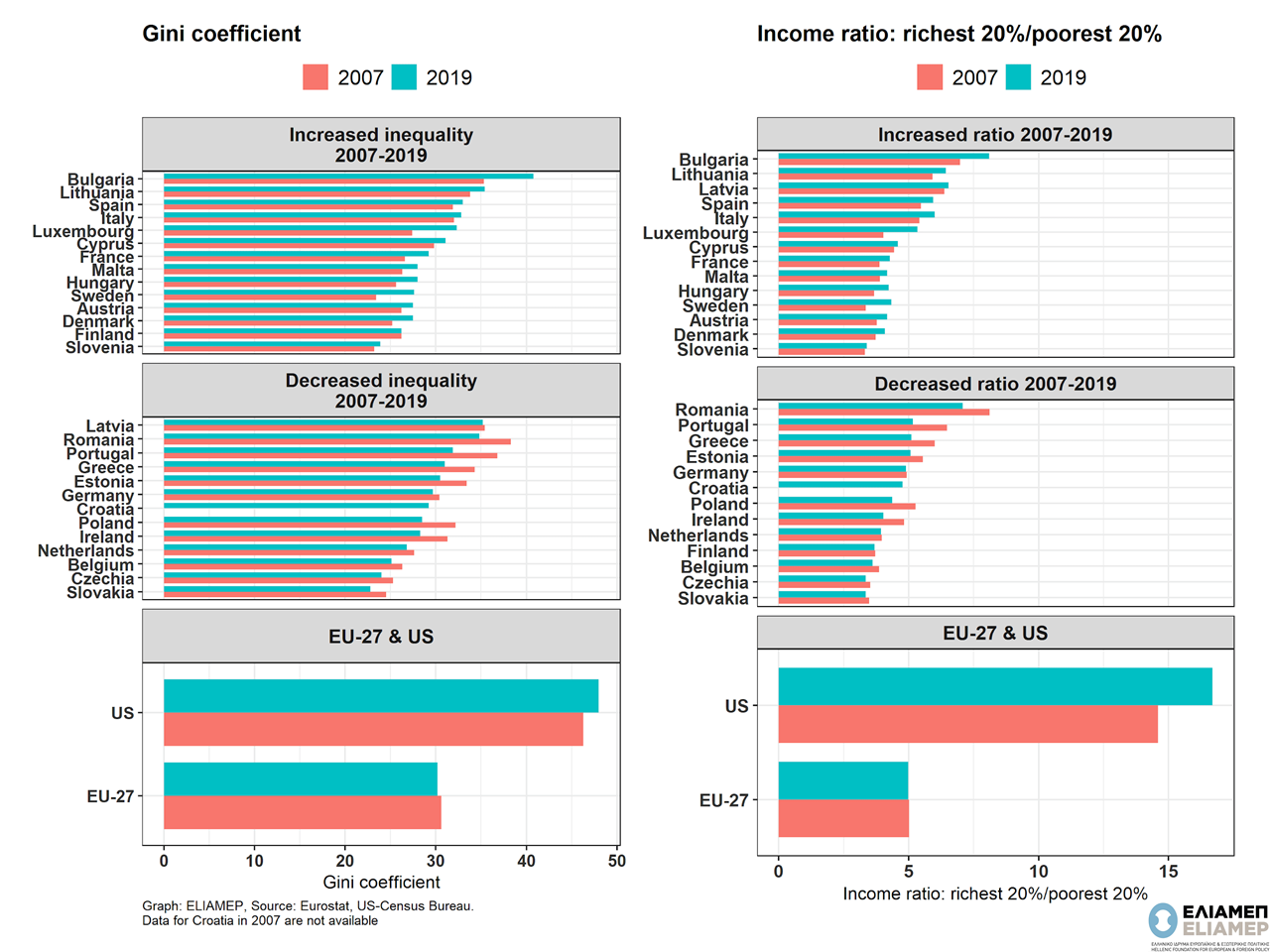 If we ask the question “how much progress has been achieved over the recent decades, in mitigating inequality around the world?”, the answer would not be pretty. From 1945 until 1980, many countries around the globe experienced a simultaneous increase in welfare and a decrease in inequality. However, today the share of total earnings in the hands of the poorest 50% of the world’s population, with the exception of Europe, is less than 15%, while the share of the richest 10% is 40% and in many regions exceeds 60%.

Europe is an exception to this rule, at least compared to the US which seems to lead this trend of increased inequality. Mostly due to a well-established welfare state as well as redistributive tax schemes, Europe managed to maintain the Gini coefficient, the most widely used inequality indicator, at 30 (on a scale from 0 to 100) over 2007-2019, significantly lower than the global trend (left panel of the graph). Additionally, 13 countries out of Europe’s 27 have seen a decrease in inequality over these 12 years, a period which was afflicted by the global financial crisis and the recent European crisis. Most notably, countries such as Greece, Portugal and Ireland that were severely hit by the European crisis, experienced a non-negligible decrease in their Gini coefficient between 2007 and 2019.

Could this result be driven by the metric we use to measure inequality? It is true that the Gini coefficient is overly sensitive to changes around the middle of the income distribution, and much less sensitive to changes at the two ends of the income distribution (the poor and the rich). The right panel of the graph proves that this is not the case. Examining the ratio of income share of the richest 20% over the income share of the poorest 20%, the decrease in inequality in the countries that bore the largest burden of the crisis (Greece, Portugal, Ireland) remains.

So why did the economic crisis lead to a fall in inequality in many European countries? One potential reason could be that the crisis mainly hit middle and high income households, thus decreasing the distance between the rich and the poor. It might also be that due to the crisis, governments were urged to extend the safety net around the poorest part of the population, thus effectively reducing inequality by the end of the crisis.

The adopted policies that distinguish Europe from the global trend in inequality are of critical importance. As it seems, Europe has a comparative advantage which should be acknowledged and extended for the continent to continue being the exception to this rule.