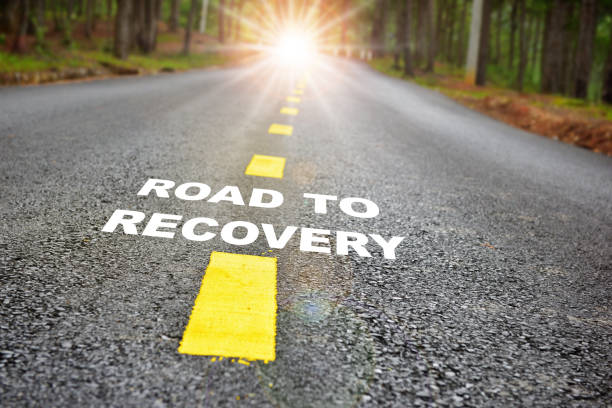 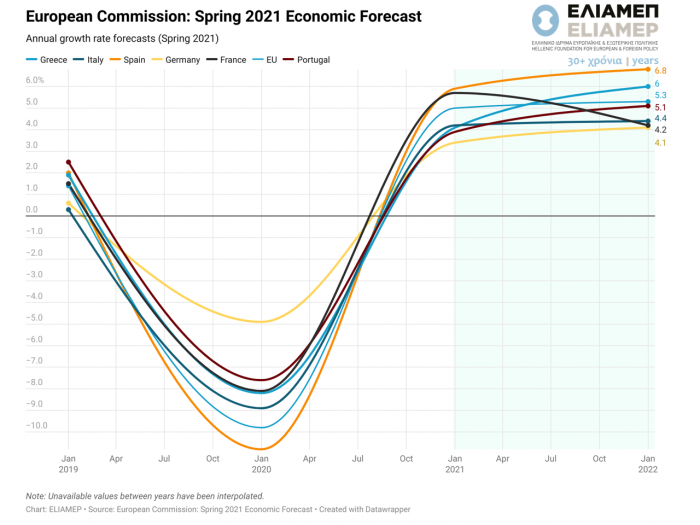 Last April, the IMF’s World Economic Outlook predicted high rates of recovery in the short term, but followed by medium-term moderation. The European Commission’s recently available Spring Forecast predicts similar rates of economic recovery in the short term: around 5% for the EU as a whole in 2021. However, the Commission is more optimistic about the duration of the recovery. In particular, for 2022 the Commission foresees growth of 6.8% for Spain (compared to 4.7% by the IMF), 4.4% for Italy (vs. 3.6%), 6% for Greece (vs. 5%) and 4.1% for Germany (vs. 3.6%).

Optimism about the speed of recovery is certainly due to the easing of restrictive measures and the gradual shielding of the population from Covid-19 through vaccination. However, the increased optimism about the duration of high growth rates in these forecasts can also be attributed to the forthcoming implementation of the National Recovery and Resilience Plans (RRF), which have been incorporated into the forecast. According to the Commission, the total expenditure to be financed by grants from national projects amounts to EUR 140 billion (slightly below 1% of EU GDP), while the impact of the Plans on the forecasts is estimated at 1.2% of EU GDP.