In focus – Food crisis: wheat imports from Russia and Ukraine 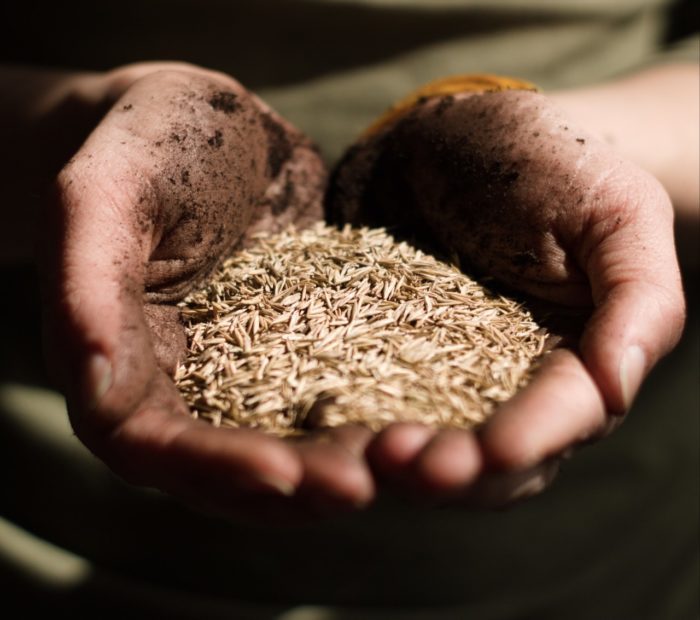 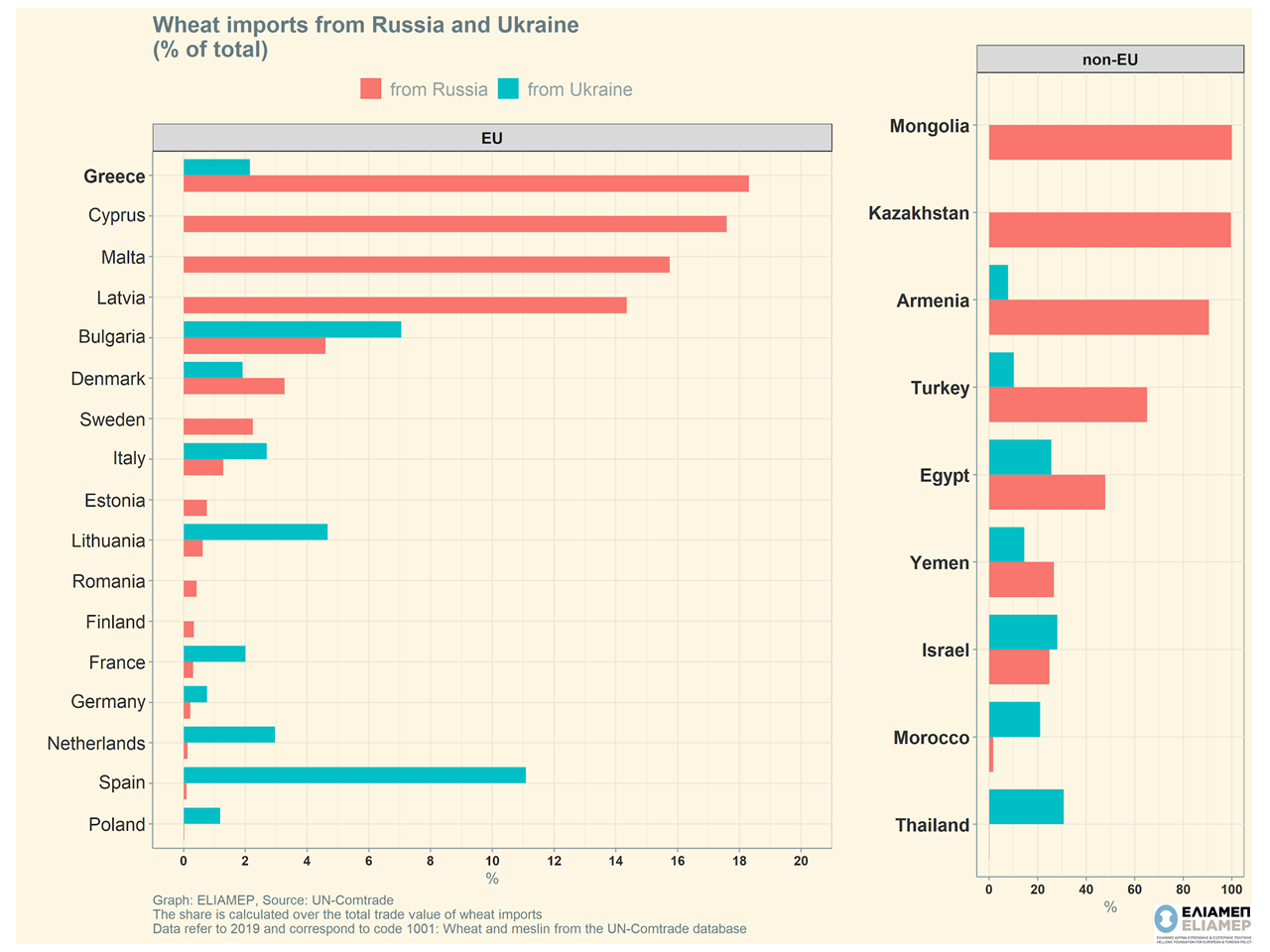 Russia and Ukraine are major suppliers to the world food market, especially in cereals and sunflower oil. Ukraine supplies 10% of wheat, 13% of barley, and more than 50% of sunflower oil traded on the international market, while the corresponding shares for Russia are 24% for wheat, 14% for barley and 23% for sunflower oil. Therefore, the dominance of Ukraine and Russia in the market, as major exporters of these goods, magnifies the impact of the Russian invasion in the world food market.

Europe has a significant exposure to the grain market from Russia and Ukraine. According to data on trade flows for 2019 from the United Nations (see graph on the left), countries such as Cyprus, Malta and Latvia import wheat worth more than 15% of the value of total wheat imports from Russia, while Spain, Bulgaria and Lithuania import wheat mainly from Ukraine (11.1%, 7.1%, 4.6% respectively). Our country ranks first among EU member states in terms of the value of wheat imports from Russia (18.1%) while the value of imports from Ukraine is significantly lower (2.1%). As a result, Greece, in total wheat imports, exhibits the greatest dependence on the countries involved in the current crisis. Undoubtedly, EU member states will be affected by the disruption of the food market as a result of the war in Ukraine.

But unlike the energy crisis, Europe does not seem to be at the centre of the food crisis. The EU is also a major producer of cereals with significant food exports, while the Common Agricultural Policy ensures sufficient availability of food and reasonable prices for consumers. Nevertheless, on 23 March 2022, the European Commission took measures to assist European farmers, tackle supply chain disruptions and the high level of food market prices already affecting the European market. In particular, it has made  € 500 million available to Member States to strengthen the agricultural sector, which is already facing high production costs. Acknowledging that vulnerable households will be affected by high food prices, EC proposed the Fund for European Aid to the Most Deprived (FEAD) as the first step towards protecting low-income earners, while it highlighted the possibility of zeroing VAT on food to facilitate consumers.

Disruptions in the food market go far beyond the European borders and are becoming a global problem. Examining wheat imports for non-EU countries, the problem is exacerbated (see graph on the right), as economically weak countries such as Mongolia, Kazakhstan and Armenia import all the wheat they consume from Russia, while other countries are heavily dependent. either from Russian wheat exports (Turkey (65.1%), Egypt (47.7%)) or from Ukrainian exports (Thailand (30.1%), Morocco (21.1%)). Compared to Europe, the effects of a potential food crisis for these countries are much stronger, as their weak fiscal position, high energy costs and high nutritional dependence on cereals create a combination of factors that lead to great economic pressure.

The danger of a global food crisis is clearly visible with the immediate consequence of causing social upheavals in poor and developing countries. Europe and rich Western countries seem to be affected mainly by strong inflationary pressures due to food market disturbances, so they must, in addition to protecting European consumers, coordinate their action to help third countries that are affected in real terms, failing to feed their populations.