In focus – Investment and the growth model of Greece 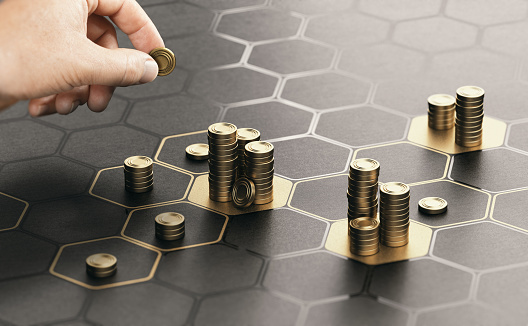 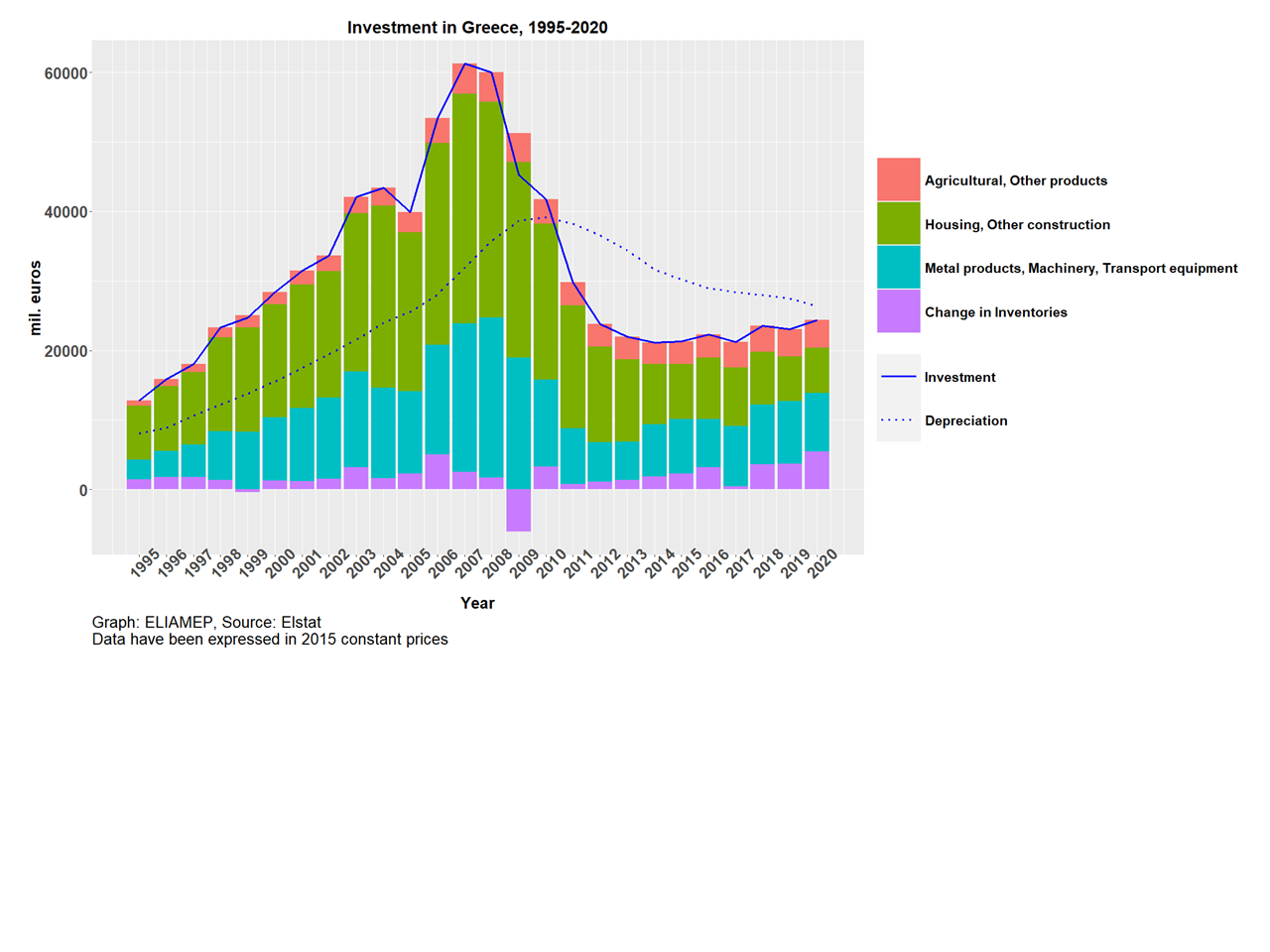 The evolution of investment and its components from 1995 until today provides a complete picture of the country’s growth model, as well as its viability and capacity to recover after a major crisis. Investment over time clearly follows Greek business cycles over the last 20 years and offers valuable lessons regarding necessary policies to reform the Greek growth model.

According to the graph, the Greek economy experienced a boom phase over 1997-2007, when gross fixed capital formation almost tripled from 20 bn. In 1997 to 60 bn. In 2007 (in constant 2015 prices).  With the outbreak of the Greek crisis, investment followed closely the path of the economy. Indicatively, for the first time in 2010, capital formation was lower than capital depreciation giving rise to an investment gap which would persist for the following years. Within 7 years in 2007-2014, investment fell back to the 1997 level at 20 bn.. Since then, investments shrinks at 10.1% of GDP in 2019 (versus 22.2% for the EU).

The fact that investment failed to follow the economy’s weak but positive growth rates over the period 2017 until the covid outbreak, links to the nature of investment which impedes a quick recovery. Looking back at the aforementioned boom phase, Greek investment was largely carried by private construction and large construction projects by the public sector, leaving productive investment (in machinery and transportation equipment) at relatively low levels. This left the Greek economy without the necessary productive base in the aftermath of its economic crisis. Large public projects were halted and households were stripped of any savings.

The weak Greek productive base raises concerns with respect to the viability of the country’s growth model. However, an opportunity to substantially adjust it is provided by the Resilience and Recovery Plan by the EU. The Plan’s targets such as Green Transition and Digital Transformation can significantly push investment towards the right direction. First, investments prescribed by Green transition such as electrical interconnections of the islands and energy storage investments, as well as upgrading energy efficiency of buildings for households, enterprises and the public sector can restore large public projects that can lead to recovery. At the same time, digital transformation primarily targets the operation of small and medium size businesses as well as their transactions with the public sector. Those actions can incentivize private investments by SMEs. Second, the actions prescribed by the Plan refer mainly to productive investment allowing the Greek growth model’s transitioning from construction to investments of higher added value.

Certainly, EU funding is not going to radically change the Greek economic landscape nor restore production frictions of the last decades. However, it can lead the way to a new investment model with a longer horizon.