In focus – Hiring Shortages in the Greek Labour Market 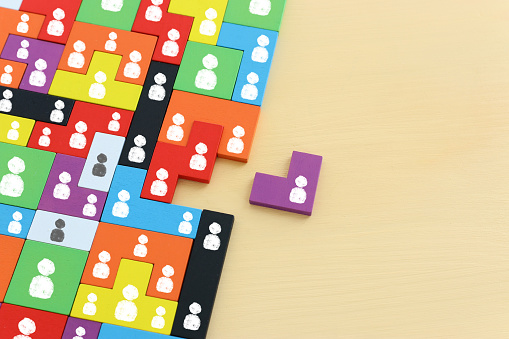 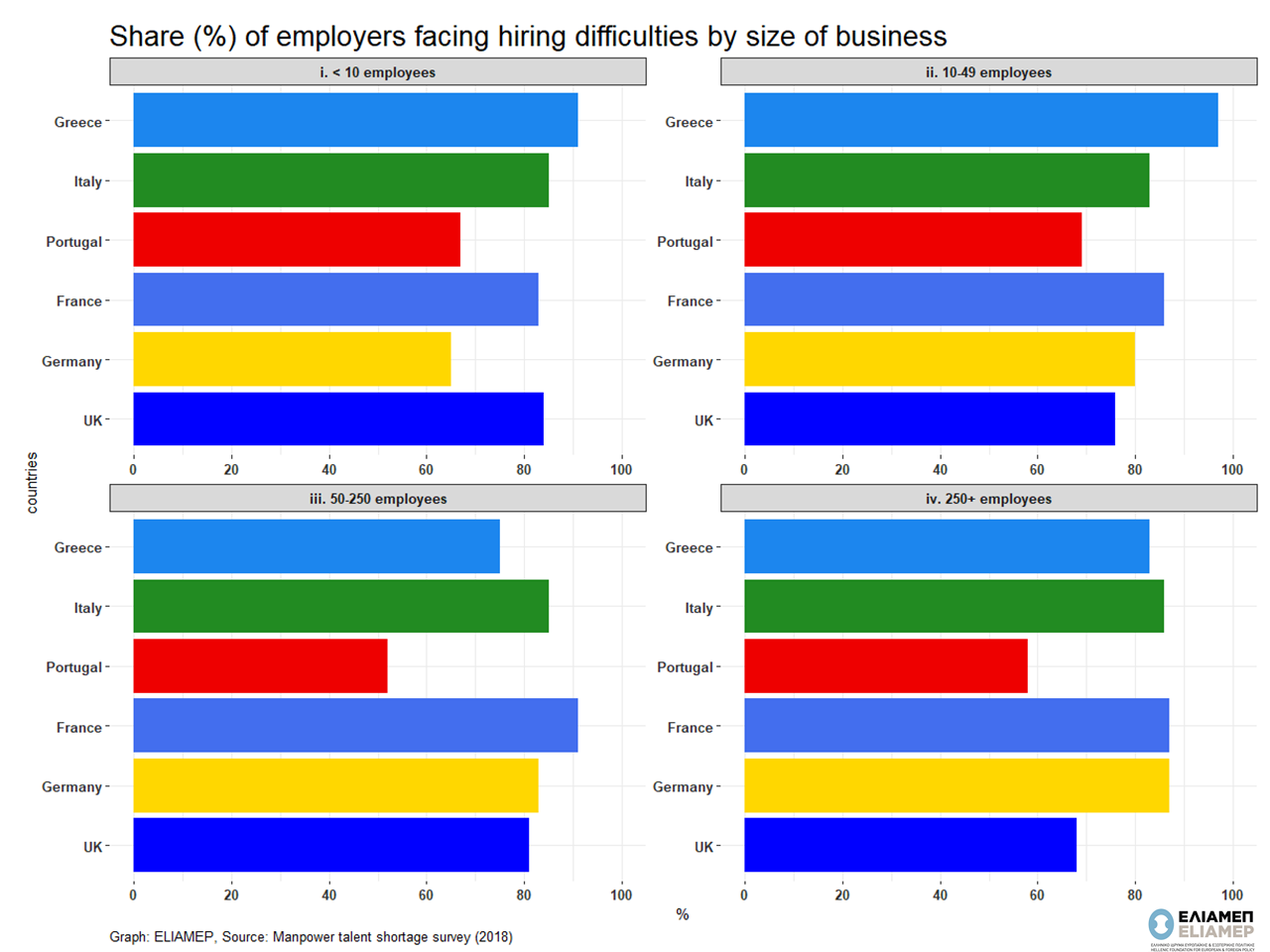 Prior to the pandemic, the Greek labour market showed signs of recovery. Nevertheless, the unemployment rate, even though falling, remained the highest in the EU (17.3% in 2019 relative to the EU average of 6.7%), and was especially high among women and the young. New job vacancies were limited and of low quality. The phenomenon was exacerbated by the pandemic shock causing a significant drop in output and tourism. Now that the consecutive lockdowns have ended, the Greek labour market can take advantage of the resurgent demand for goods and services. In that sense, policies facilitating access to the labour market are of critical importance.

Multiple reports confirm that Greek employers face persistent hiring difficulties. Research conducted by SEV (Hellenic Federation of Enterprises) in 2019 reported that over a third of the firms surveyed (35.6%) found it difficult to cover vacant postings, with shortages mostly concentrated in energy (49.2%), technology and communications (41.4%). In the same line, research by Manpower in 2019 showed that 77% of Greek employers found it difficult to fill in vacancies, with the most scarce professions being technicians and engineers, followed by sales and marketing experts. The Greek labour market experiences considerable difficulties matching jobless workers to vacant job postings. According to the figure, the problem is most pronounced in micro and small firms. More than 90% of businesses with less than 50 employees face hiring difficulties.

The causes of hiring shortages may well be structural. Formal education does not equip the future labour force with the necessary skills to cope with modern job requirements. However, this is a problem calling for deep reforms that require time. In contrast, a recent OECD report lists policies that can be implemented fast and have direct effects.

Greece’s public employment service (OAED) has a crucial role in linking jobseekers to vacant posts. Investing in the recruitment of specialised job counsellors and upgrading IT systems would facilitate active labour market policies. Subsidizing the cost of employment is effective and fast to implement. Expanding “Community Work”, the successful programme matching long-term unemployed to public and social services, would be a step towards the reintegration of beneficiaries into the labour market. Finally, policies that target the training, education and social integration of immigrants could significantly contribute to the necessary expansion of Greece’s labour force. An illustrative example of active policies already implemented by OAED is the memoranda of cooperation with international service providers (Amazon Web Services) and universities (Athens University of Economics and Business) aiming to improve and develop jobseekers’ skills.

Many OECD proposals are either already implemented or form part of the government’s plan to reform OAED. The critical issue is to ensure that the effects of active labour market policies are persistent rather than temporary.