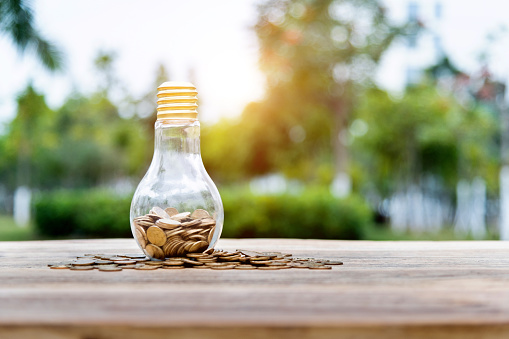 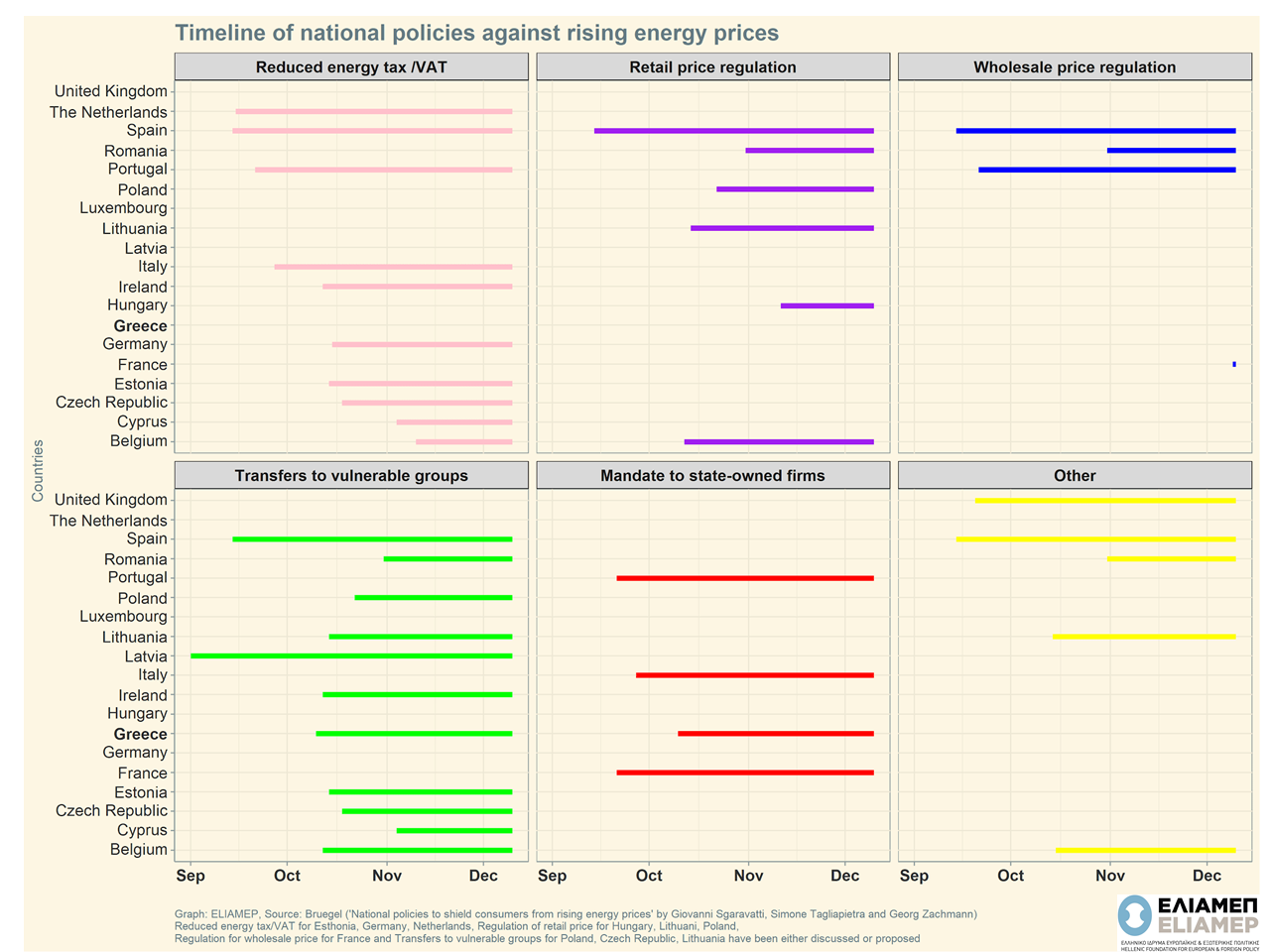 Already since last October, rising energy prices, increase in private consumption and delays in supply chains led to a surging inflation. The problem is more pronounced in Europe (harmonized inflation increased by 4.1% in October 2021 in the Euro Area) due to the continent’s dependence on energy producers beyond its borders.

ECB having as its primary objective to maintain price stability, does not seem deeply concerned. In a recent speech, Isabel Schnabel (member of the Executive Board of the ECB) even though she acknowledged the inflationary pressure exerted by high energy costs, rising prices of contact-intensive services and supply bottlenecks, she also expressed the Bank’s optimism that Euro Area inflation spike is temporary and short-lived. This means that it is rather unlikely that the ECB proceeds in a monetary tightening to fight inflation. As a result, European governments bear the responsibility to shield consumers against soaring energy costs.

Most of the European countries reacted fast, putting in place measures to protect consumers already from October when inflation hit record high levels. Bruegel institute gathered all national policies in order to give a coherent overview of the Europeans’ response to high energy prices (see graph). Eleven out of nineteen countries in the sample have enacted laws prescribing subsidies towards low income households to help them cover energy costs. The second most used policy was reduction of energy tax/VAT, with 10 out of 19 countries enacting, discussing or proposing such laws already from November. The Greek government has announced subsidies towards vulnerable households as well as the Public Power Corporation has expanded the eligibility criteria for discounts in energy costs. Last week, Greece adopted further protective measures, amounting to 395 mil. euros,  to support both households and businesses which nevertheless will only last for January 2022.

The reasons for inflationary pressures observed in the Eurozone can be found on base effects (low prices last year) and the supply side (supply shortages and supply chain disruptions). Therefore, the ECB chooses not to intervene via tightening the monetary policy in order not to slow down the economic recovery after the pandemic. However, increased energy costs affect both households and businesses, thus dampening the economic climate. Facing such an aggregate economic shock, Europe does not overtake collective action with different countries resorting to different policies. This results in a differentiated response, with Europe losing its bargaining power and better terms if the problem was to be addressed collectively. A concerted action could prove valuable under current circumstances, when Europe’s turn to renewable energy sources is still on the way and the continent’s energy needs are highly dependent on foreign actors.