In focus – The Commission’s spring forecast for the economy 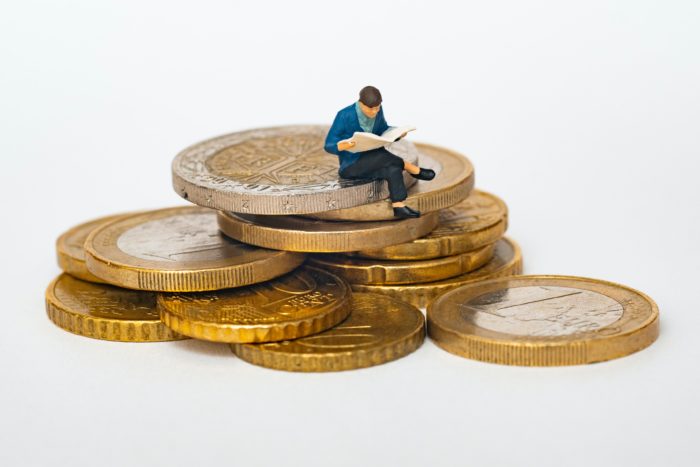 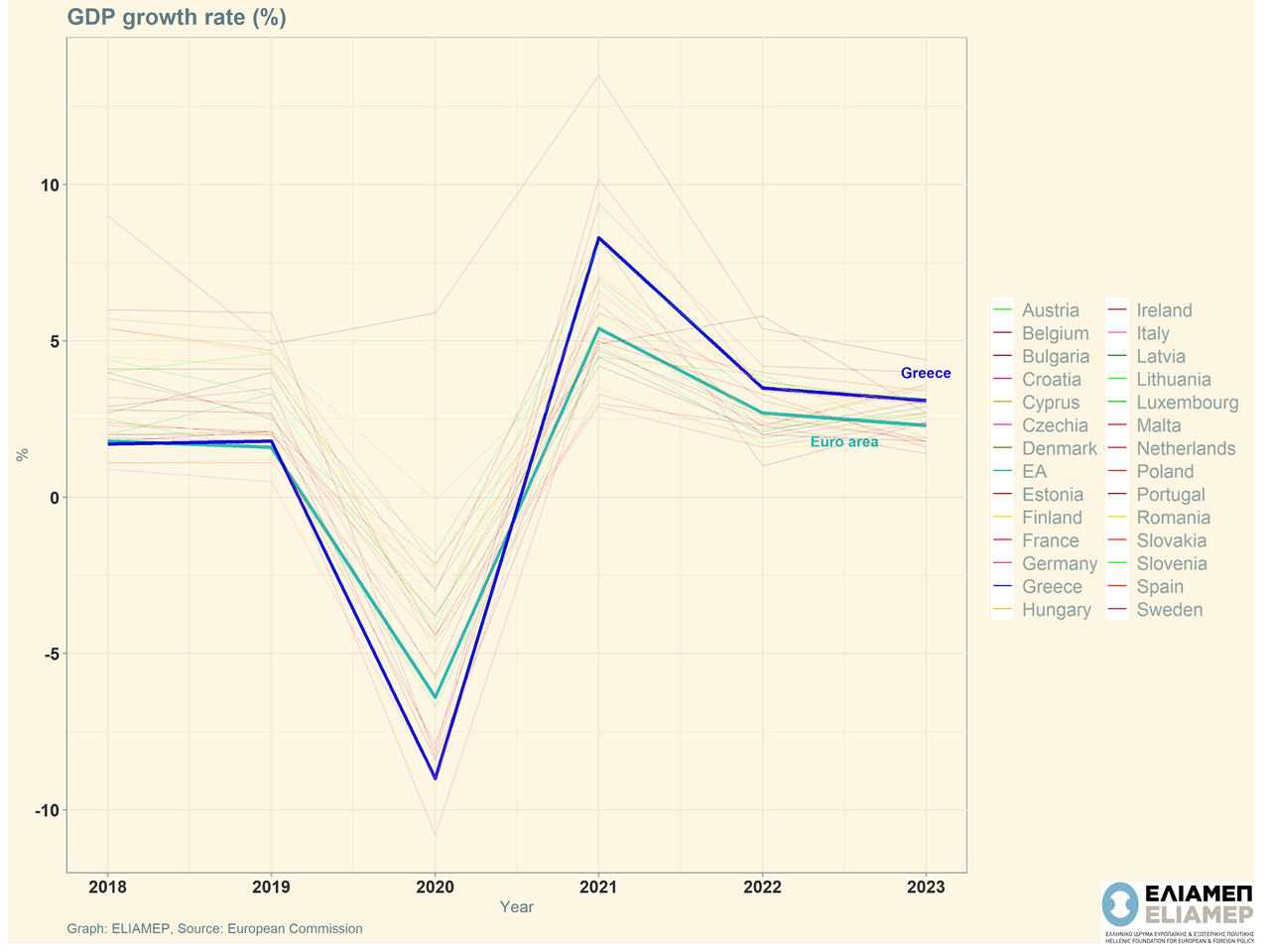 The European Commission’s spring forecast for the economy was released last week. The conditions are well known: two years after the appearance of the coronavirus, the pandemic seems to be finally receding, while the consequences of the war in Ukraine are still in full swing.

The Greek economy in 2021 performed better than expected, recovering almost completely from the economic shock of the pandemic (-9% in 2020, + 8.3% in 2021). The large increase in GDP is mainly due to the strong performance of tourism and the surge in consumption after the end of the lockdowns. The increase in private investment was also notable, while the exports of products increased mostly due to the restart of the European and world economy.

However, the war in Ukraine and the turmoil in international energy markets have increased inflationary pressures, significantly reducing households’ disposable income. So while the Commission’s previous forecasts (February 2022) were quite optimistic, they are now being revised downwards.

In particular, GDP in Greece is expected to increase by 3.5% in 2022 (compared to a previous forecast for an increase of 4.9%), while for 2023 the growth rate is projected to be 3.1%. On the inflation front, the increase in the general price level is expected to peak in the second quarter of 2022 and conclude the year at 6.3% (harmonized index). The pressure on disposable income will hit private demand by halting the strong recovery of consumption after the pandemic, while the Commission is also concerned about the performance of tourism in 2022 as the inflationary phenomenon affects consumption habits worldwide. It is acknowledged, however, that the Greek government’s measures to alleviate rising energy and food costs, raising the minimum wage, and the accumulation of private savings from the previous period will constrain the effects of inflation on consumption, without eliminating them. In addition, arrivals and reservations so far show a dynamic return of tourism to levels corresponding in 2019.

Overall, the Greek economy seems to withstand the consecutive economic upheavals from the pandemic and the war in Ukraine. What is required for Greece, however, is to show resilience in a seemingly prolonged period of uncertainty, with the economic figures constantly revised and the balances at both European and global level being disturbed. From the summer onwards, the ECB is expected to raise lending rates and halt quantitative easing to tackle inflation. At a low investment rating, and with the public debt to GDP ratio remaining the highest among the 27 Member States, the Greek economy is in an extremely vulnerable position. It therefore has to deal with its chronic problems: the extremely high level of public debt, the large percentage of non-performing loans, the investment gap, and persistently high unemployment.

Some factors facilitate the treatment of the problems of the Greek economy. Just this week, the Commission proposed the completion of “enhanced surveillance” and the extension of the general escape clause, thus giving Greece some flexibility in managing public finances. Also, the government can implement through the resources of the Resilience and Recovery Fund and the new ESPA the complete plan to reform Greece’s growth model that had been developed by the Pissaridis committee.

Maintaining the growth rate at a positive level, greater flexibility in fiscal policy, the existence of a comprehensive action plan, and the possibility of financing it with European funds, are favorable conditions for the restructuring of the Greek economy. Recent developments make the need for fossil fuel dependence (especially of Russian origin) as well as the need for diversification of the growth structure through developing a wider range of activities (beyond focusing exclusively on tourism) even more pressing.