In focus – Housing cost overburden for many households in Greece 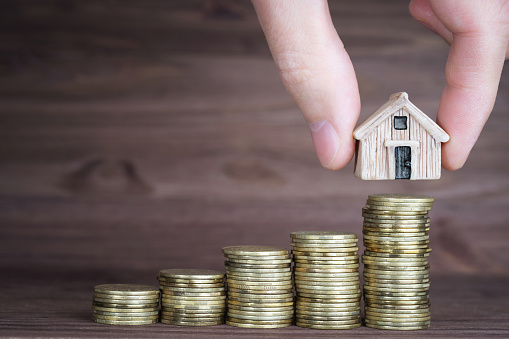 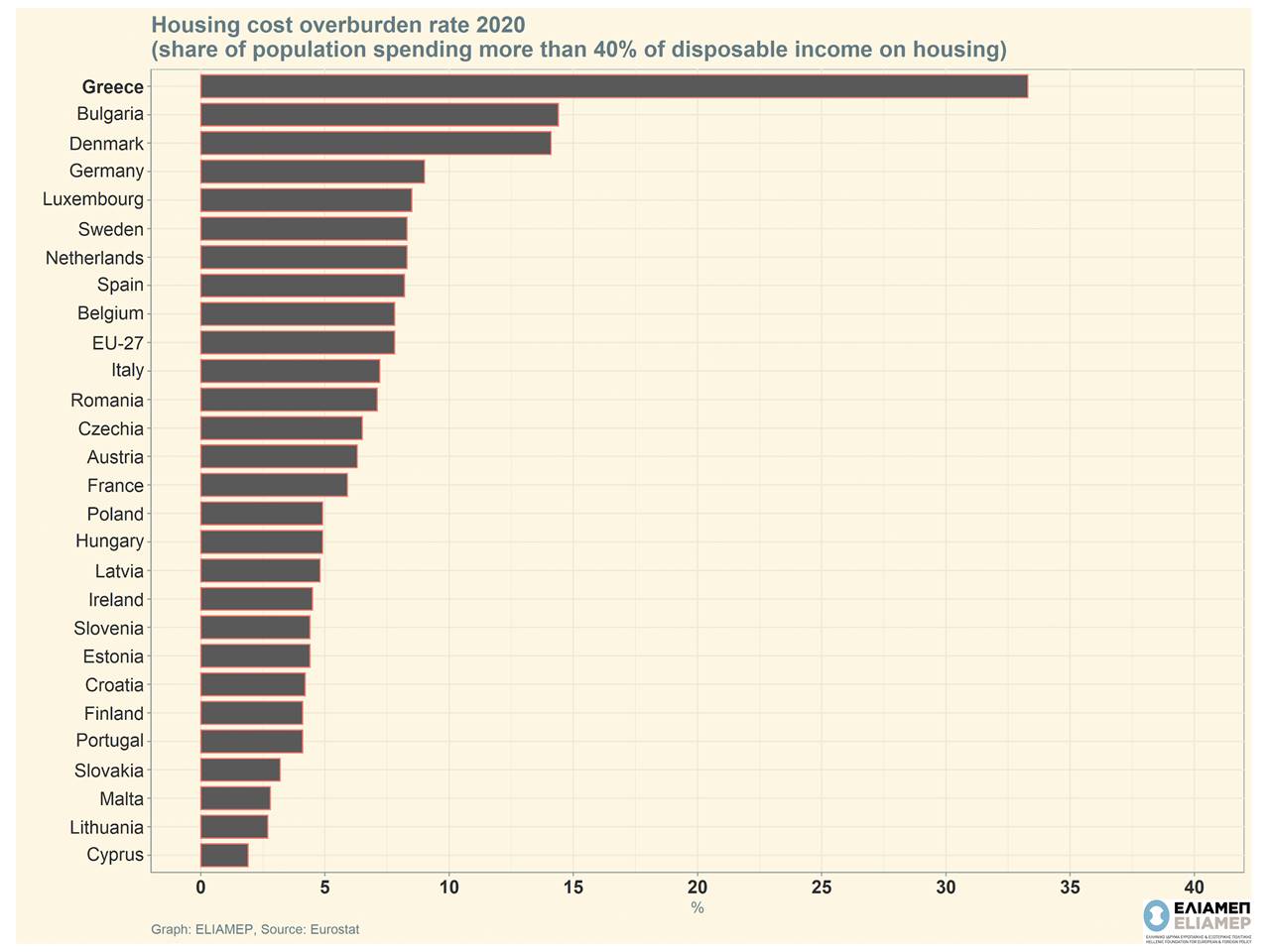 Eurostat recently published data on the share of population living in households that spend more than 40% of their disposable income on housing costs (i.e. rent or mortgage installment plus bills). The results for Greece are disappointing: the corresponding percentage in our country reaches 33.3%, which is the highest percentage in the EU, with a large difference from the second Bulgaria (14.4%), and of course from the European average (7.8%).

The problem can be traced partly in the denominator: incomes in Greece are low. However, countries with similar living standards, such as Croatia (4.2%), Slovakia (3.2%) and Latvia (4.8%) have a much lower rate of housing overburden. So it seems that the problem also concerns the numerator: the level of housing costs.

In Greece, house prices fell for 8 consecutive years (2010-2017). From 2018, house prices began to rise. In 2019 they increased by 7.2% compared to the previous year, while the upward trend continued despite the pandemic: 5.6% for 2020 and 6.0% for 2021, according to Eurostat data. The emergence of large urban centers as tourist destinations exacerbated the problem further as it attracted international investors’ interest in the domestic housing market, and led to a boom in short-term rentals for tourists, reducing the number of available apartments for long-term rental to residents.

The phenomenon is not only Greek. In Berlin, where large real estate companies control much of the local market, prices and rents have risen sharply. In Barcelona, the municipal authority has limited short-term rental in the city center. Greece however needs foreign direct investment, and the country’s growth model largely relies on tourism. That is why the government facilitates the entry of large foreign investors in the housing market, either directly, or as buyers of non-performing loans (and collateralized homes), or through the Golden Visa program that grants residence permits to those who invest more than 250,000 euro. Also, short-term rental legislation aims more at raising tax revenue than at protecting domestic tenants. The side effect is that for many households the cost of housing has become unbearable.

The extremely low share of social housing also contributes to this. In the 2011 census, only 1.6% of the population of Athens was housed in social housing. This low share is identified also by the National Recovery and Resilience Plan, which envisages actions to expand social housing. However, the prescribed actions will only partially tackle the problem, as they aim to provide housing to the homeless population of the two major urban centers (Athens and Thessaloniki).

The large burden of Greeks on housing costs is expected to increase further due to inflationary pressures. A recent study by Piraeus Bank showed that households with a monthly family income of 751 to 1,100 euros spend 27.1% and 13.6% of their income on food and energy, respectively. Rising prices for both because of the war in Ukraine threaten to make the financial situation of poor households even more difficult.