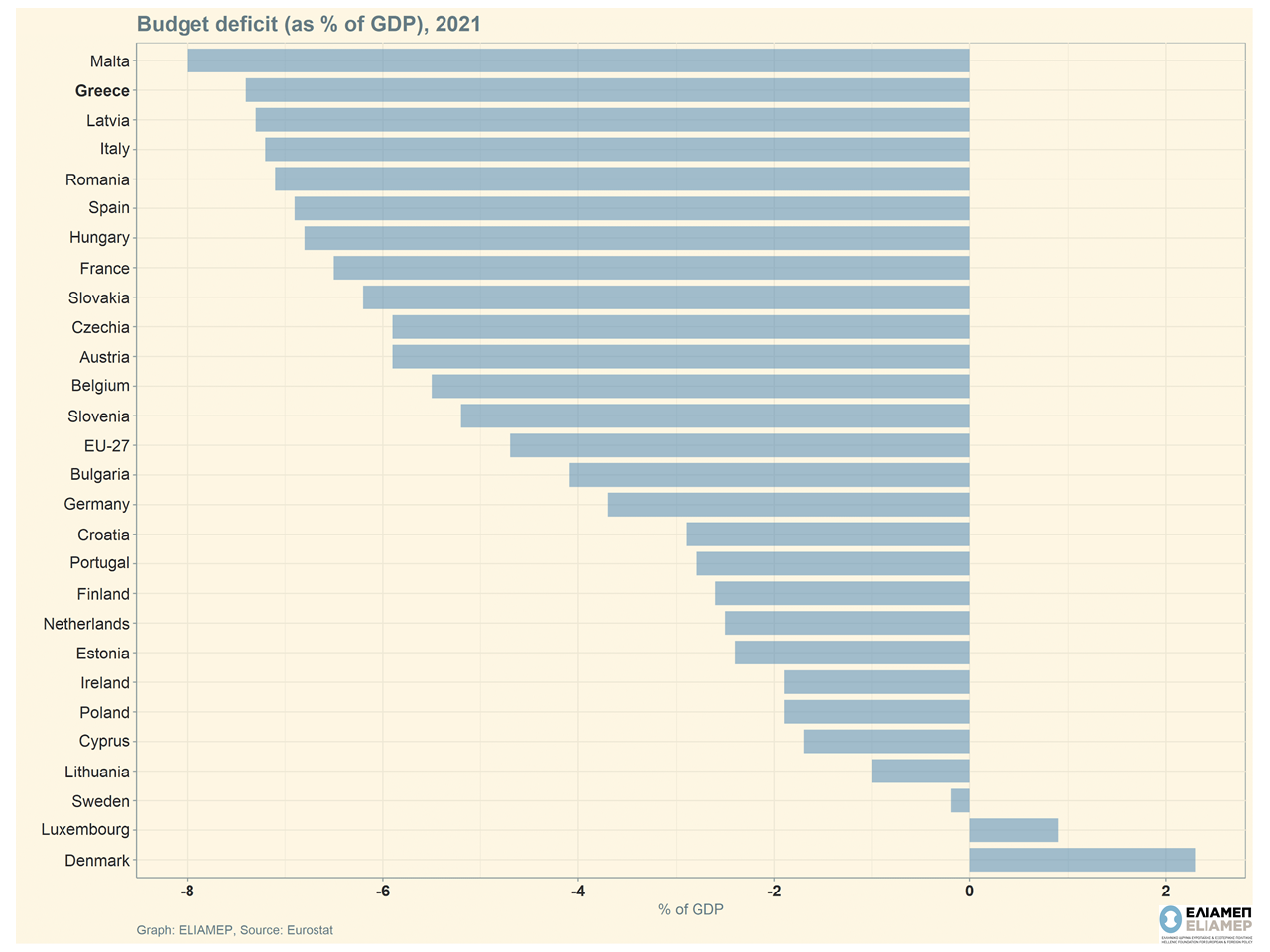 Europe closed last year with the vast majority of member states recording budget deficits. Only two out of the 27 EU countries (Denmark and Luxembourg) recorded a surplus, while the remaining 25 members were on the negative side. Greece recorded the second largest deficit in Europe amounting to 7.4% of its GDP. The lead was held by Malta with 8%, while Latvia, Italy and Romania were also moving at levels above 7%.

It is not surprising that 2021 found European states with budget deficits, as the pandemic forced governments across Europe to adopt an expansive fiscal policy and at the same time it caused a significant reduction in GDP. The issue is how the fiscal condition of the states will be ultimately shaped in 2022, a year that, instead of the expected recovery from the pandemic crisis, brings continuous international economic turmoil due to the war in Ukraine.

The Eurozone is already faced with “fragmentation” across its member countries regarding their public finance. Highly indebted countries such as Greece and Italy face high borrowing costs that burden their public debt servicing. At the same time, there is a risk that investors, worried about the stability of these countries, will turn to safer government bonds, such as e.g. of Germany exacerbating fragmentation of the Eurozone and widening the gap between North and South.

This phenomenon complicates the effectiveness of ECB’s policy tools to tame inflationary pressures caused by rising energy prices. In this context, the ECB last week announced the adoption of a new mechanism (Transmission Protection Instrument – TPI) with the clear aim of shielding indebted economies that are facing a deterioration of financing conditions. In particular, the TPI will allow the ECB to buy bonds of countries whose high borrowing costs do not correspond to their economies’ fundamentals.

However, participation in the TPI program comes with conditions. Countries that will benefit from the program must comply with the European fiscal framework which sets limits on the size of fiscal deficits they can run, while at the same time they must ensure sustainability of their fiscal budget. Europe is therefore in a difficult situation in which member states are urged to contain their expenditures while the looming recession requires sufficient fiscal room for manoeuver.