In focus – Why do we not bother with fiscal deficits during the pandemic? 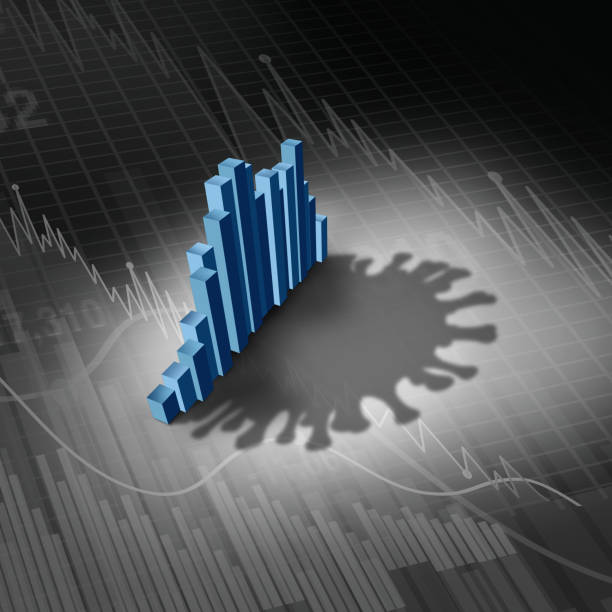 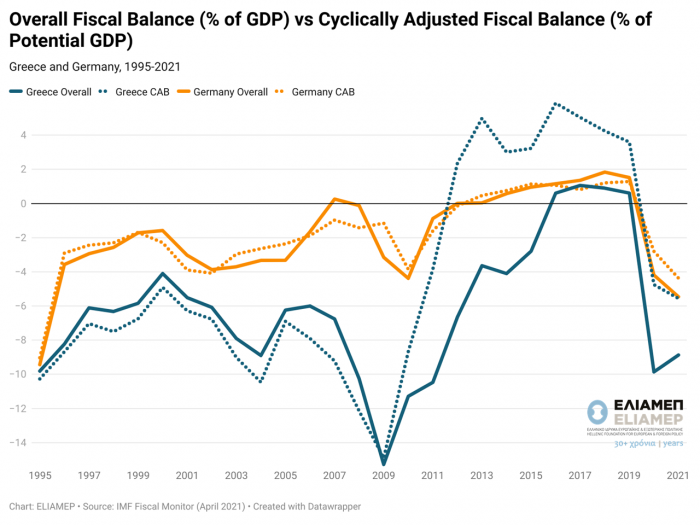 The public debt of EU countries increased on average by more than 10% during the pandemic. This increase was driven by the bold and necessary budgetary measures taken by governments to mitigate the economic impact of the pandemic on households and businesses. However, despite the substantial increase of government deficits and debts, there has been almost no discussion of the need to reduce them through fiscal consolidation programmes and new memoranda.

Indeed, with the exception of traditional supporters of budgetary discipline, the majority of international organisations do not seem to discern a serious risk of a financial derailment. This optimism is partly due to the forthcoming EU recovery funds, which will significantly boost growth in the coming years, as well as the low borrowing costs of states, made possible by the ECB actions.

The “Cyclically Adjusted Fiscal Balance”, an indicator often used to assess the fiscal situation of an economy, can help us understand why things are different this time. The chart shows the progress of the fiscal balances of Greece and Germany for the period 1995 to 2020, as well as the IMF Fiscal Monitor forecast for the current year. The budgetary balance shows the difference between government revenue and government expenditure over a period. The graph shows two indicators for each country, the total and the cyclically-adjusted balance.

We note that Greece recorded its highest deficit (15.2%) in 2009. The deficit fell during the period of fiscal adjustment that followed, until the Covid-19 crisis, when it soared again to 9.8% in 2020. Throughout the period, Germany maintained lower deficits than Greece.

The dotted line in the chart shows the path of the cyclically-adjusted fiscal balance (CAB) that we drew from the IMF. CAB is calculated by subtracting from the overall balance the effect of automatic stabilisers (allowances and other financial support expenses) activated during disturbances of the economic cycle, and by taking into account the loss of public revenues during the same periods. In other words, CAB can be seen as the budget balance over potential GDP, i.e. GDP that would prevail if the economy operated to its full potential.

Looking at CAB for Greece we see that since the 2009 crisis, CAB’s path has diverged from the overall balance, showing a surplus from 2011 to 2019 due to fiscal adjustment. As a result, CAB for Greece during the Covid-19 crisis, is significantly higher than the overall balance. This difference is important as it suggests that with the recovery of the economy the balance of the budget will be restored. It is noteworthy that the difference in CAB between Greece and Germany for 2021 is estimated at just 1.2 percentage points, while the corresponding difference at the beginning of the crisis in 2009 was 13.75 percentage points.

Does the analysis above justify complacency about the budget? The answer depends on the reduction of the potential output, in other words, the depreciation of human resources that have been put out of work and the closure of businesses, which will be assessed after the end of the pandemic. However, the above analysis does support the choice of governments to defy the temporary increase in fiscal deficits and to support their economies during the pandemic.