Europeanisation and democratic deficits: the concept of “legitimization’s crisis” 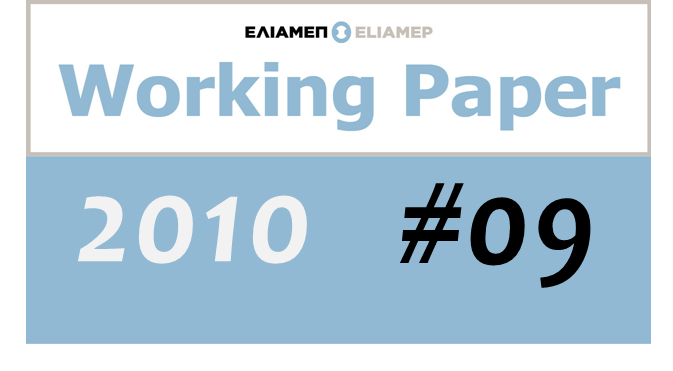 ELIAMEP’s Working Paper no 9, by Dr. Manos Papazoglou, argues that the concept of europeanisation in contemporary political discourse is often being understood mainly as a process of modernization. It is disregarded, however, that europeanisation presupposes the merger of the nations’ and the union’s institutional elements. To the degree that this merger is underestimated or becomes obscure, the process of europeanisation might lead to democratic deficits and consequently it will not fulfill the goals of modernization.
The paper focuses, in particular, on the effects caused by the delays in dealing with cases of conflict between national and supranational institutional elements. The author proposes the concept of legitimization crisis to describe these cases. This is an original concept which contributes to the discussion about the democratic deficits of the European Union (EU). Specifically, it sheds light on the responsibility of national governments, who need to secure the (political and social) legitimization of the europeanisation process by acting timely and accurately, beyond the procedural guarantees provided by the constitutions and the EU Treaties.