Combination of monetary and fiscal measures to face inflation 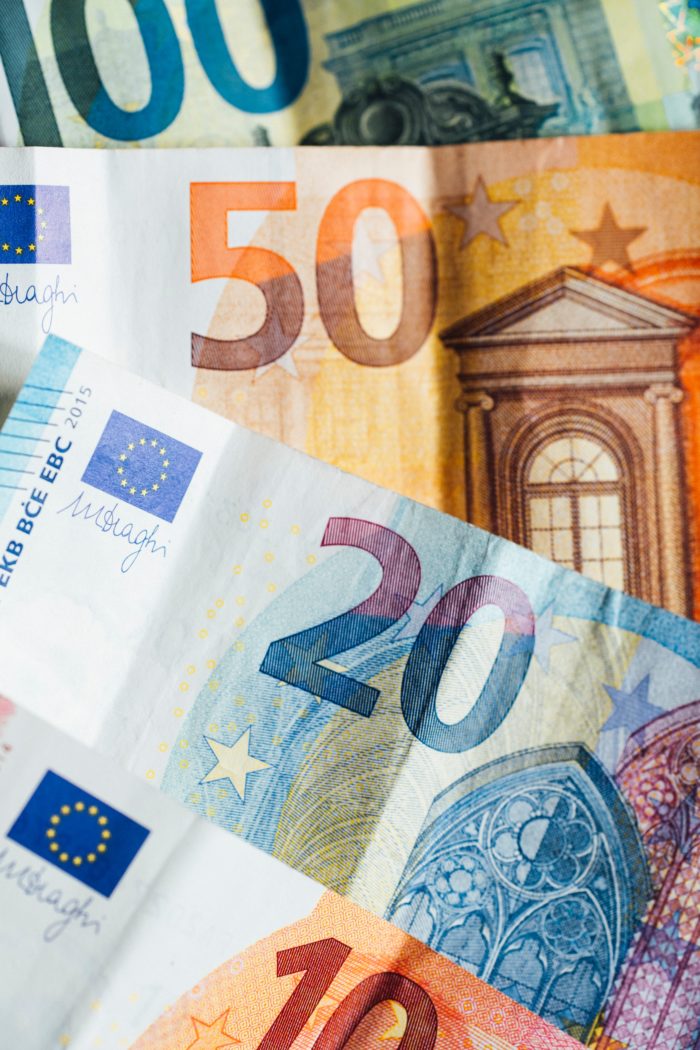 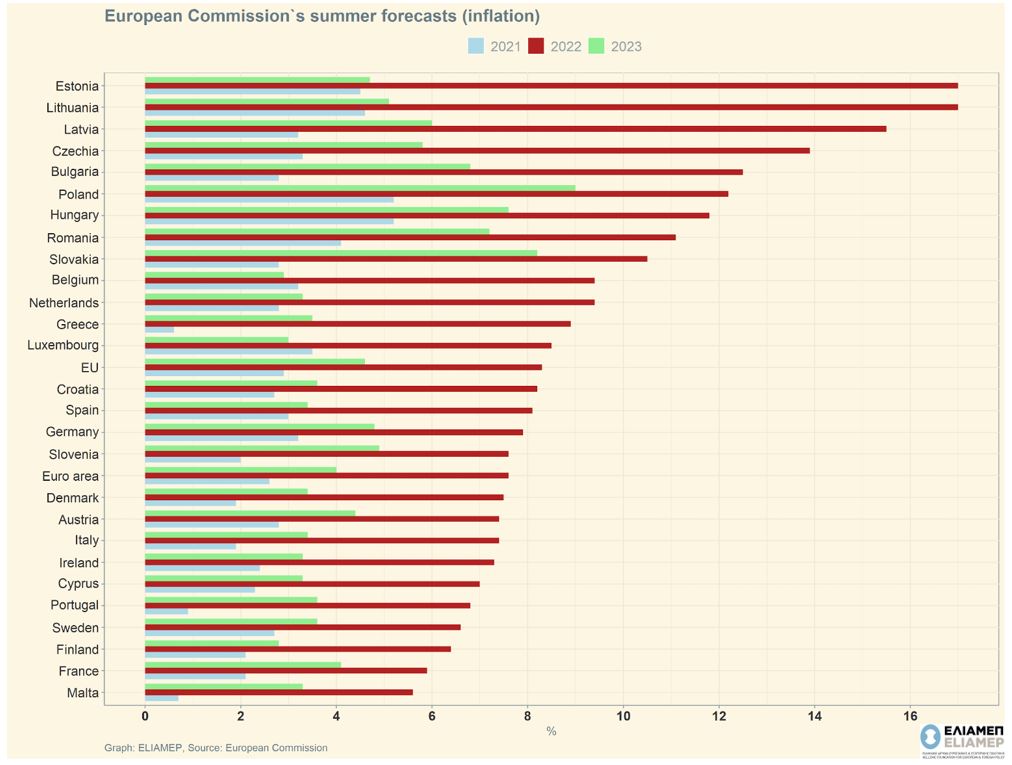 According to the European Commission’s summer forecast, inflation in Europe will peak in 2022 but will remain at high levels for 2023 as well. The largest price level increase for 2022 is faced in Central and Eastern European countries, indicating that the soaring energy prices in combination with the significant dependence on Russian energy sources together with the absence of viable alternative supply sources drive the phenomenon. The Baltic countries in particular are expected to experience the largest increase in the price level of more than 15% for 2022 (17% in Estonia and Lithuania, 15.5% for Latvia). Our country is slightly above the European average (8.3%) for the current year, expecting to close 2022 with a price level of 8.9%, while for 2023, the European Commission predicts a significant decline to 3.5 %.

Inflation in the Eurozone for 2022 and 2023 is predicted to be 7.6% and 4% respectively, which has led the European Central Bank to change its policy of low interest rates. However, the phenomenon is complex and its treatment requires a combination of monetary and fiscal measures.

In particular, the increase in interest rates by the ECB aims to limit demand in order to tame inflationary pressures. Borrowing for firms and households becomes more expensive, so they are expected to borrow less, with the result that private consumption falls and the new equilibrium between supply and demand is formed at a lower price level. However, the main cause of the increase in the price level in Europe is to be found on the supply side. Sharp increases in energy and food import prices, disruptions in supply chains and shortages of basic materials lead to supply constraints and a subsequent increase in the general price level. It is therefore not a phenomenon driven by increased demand despite the large rise in private consumption after the end of the pandemic.

Under these circumstances, monetary and fiscal authorities should activate all available means to ensure that the measures to deal with inflation will not further affect demand, worsening the looming recession. A measure in this direction is the establishment and implementation of the Transmission Protection Instrument, an asset purchase program by the ECB, in order to protect the most vulnerable/over indebted states of the South from any speculative attacks on the bond

market. The implementation of the TPI aims to reduce the fragmentation phenomenon in the terms of debt issuance that is already observed in the Eurozone and at the same time to ensure the capacity of the member states to support their economies in the following period.

It is important in an era of high interest rates and increased inflation, where private spending is expected to decline, that public spending takes a leading role in boosting economic activity. Programs such as the TPI as well as the resources available from the Recovery and Resilience Fund are opportunities for Member States to implement an expansionary fiscal policy – appropriate to support the economy – without the risk of derailing their budget.