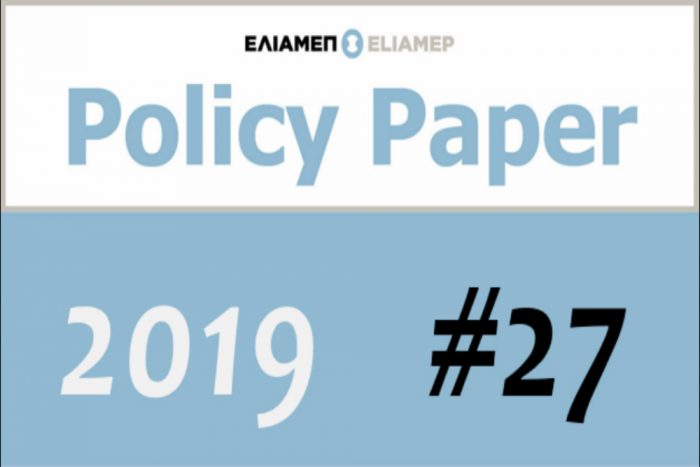 The Media Pluralism Monitor (MPM) is a research tool that was designed to identify and assess potential risks to media pluralism in the Member States of the European Union. The MPM adopts a broad definition of media pluralism, which draws on four main thematic areas considered to capture the main areas of risk for media pluralism and media freedom: “Basic Protection”, “Market Plurality”, “Political Independence” and “Social Inclusiveness”.

This policy paper summarizes the main findings for Greece that emerged in the context of the first pan-European application of the MPM in 2017 and puts forward policy recommendations for ensuring the protection of media pluralism in the country.

The project was carried out with the support of a grant awarded by the European Union to the Centre for Media Pluralism and Media Freedom (CMPF) at the European University Institute.

You may find the full policy paper, in Greek, here.