The geopolitical impact of TTIP 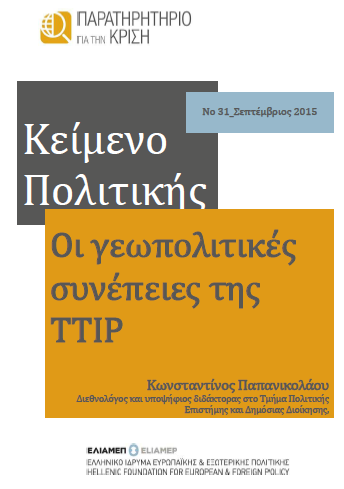 The Transatlantic Trade and Investment Partnership (TTIP) has been the most important economic agreement under negotiation in the international economic system since the end of the Cold War. Its successful completion is expected to bring significant changes to both the American and the European economy, as well as across the spectrum of the global economic system. The reactions of the other poles of the international system so far vary. China and Russia face the settlement of the agreement in a cautious and negative way whereas powers such as Japan and Brazil try to engage effectively so that they take advantage of the benefits. The present policy text is an attempt to assess the effects of the Euro-Atlantic agreement on the structures and strengths of the global economic system.