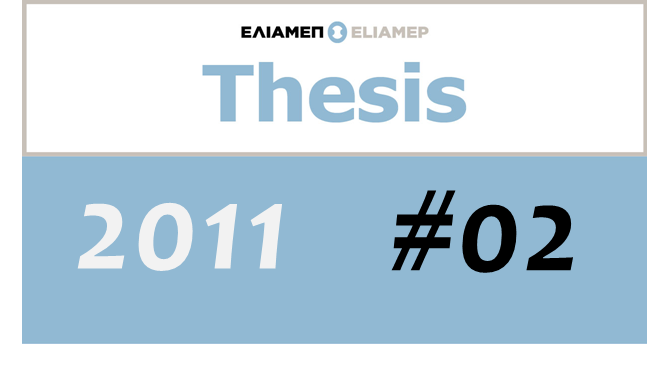 In ELIAMEP Thesis 2/2011 Dimitrios Katsikas, Stavros Costopoulos Research Fellow at ELIAMEP, argues that since the outbreak of the financial crisis the European Union (EU) has been engaged in an ambitious wide-ranging legislative programme intended to reform European financial regulation. This paper aims to critically review the accomplishments, failures and future challenges of the European financial reform programme. While acknowledging that during the past three years significant progress has been made and a number of regulatory and institutional changes have been agreed, and in some cases already implemented, it is argued that overall, the reform has not lived up to the original expectations. Financial industry pressure, international competition considerations, and the ambivalent attitude of European governments towards the transfer of regulatory and supervisory authority to the European level, have slowed down progress and undermined the effectiveness of the agreed reforms. This is worrisome because, as the paper argues the stability of an increasingly integrating European financial marketplace requires the establishment of an integrated European regulatory and supervisory framework.