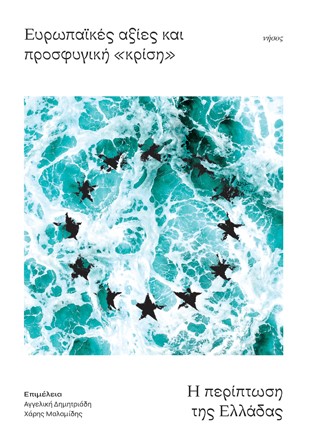 The European Union is built on the basis of fundamental principles and values, including the defence of democracy, the rule of law and respect for human rights. In times of ‘crisis’, such as the one that occurred in 2015 with the arrival of more than a million refugees, the fundamental foundations of the European Union seemed to be shaken. The idea of a united Europe as a guarantor of the rights of those seeking protection was challenged, as solidarity, sharing of responsibilities and the offer of hospitality were not approached, nor are they still approached today, in the same way by Member States. Although European values are increasingly appearing in the public debate, their interpretation varies. Flexibility in attributing their precise meaning has allowed and continues to allow them to be invoked often with an incompatible range of policies. It is this specificity that this publication attempts to highlight. Adopting an interdisciplinary approach, the authors of the volume attempt to shed light on the contradiction between the projected value framework and the immigration policy that continues to be implemented, both in the European Union and in Greece. Philosophers, political scientists, sociologists and social anthropologists explore, with an original combination of social scientific analysis and legal and philosophical theory, the issue of values and principles in the implementation of hospitality, reception and protection policies for the period 2015-2021.

The publication is available only in Greek.

The open access book was funded by the research and innovation programme “Horizon 2020” of the European Union in the framework of the grant agreement.

No 770330 -NoVaMigra research project to which ELIAMEP was a partner of. This publication reflects the views only of the authors, and the European Commission cannot be held responsible for any use which may be made of the information contained therein. The edited volume is made available open access under a Creative Commons Attribution-NoDerivatives 4.0 International (CC BY-ND 4.0).