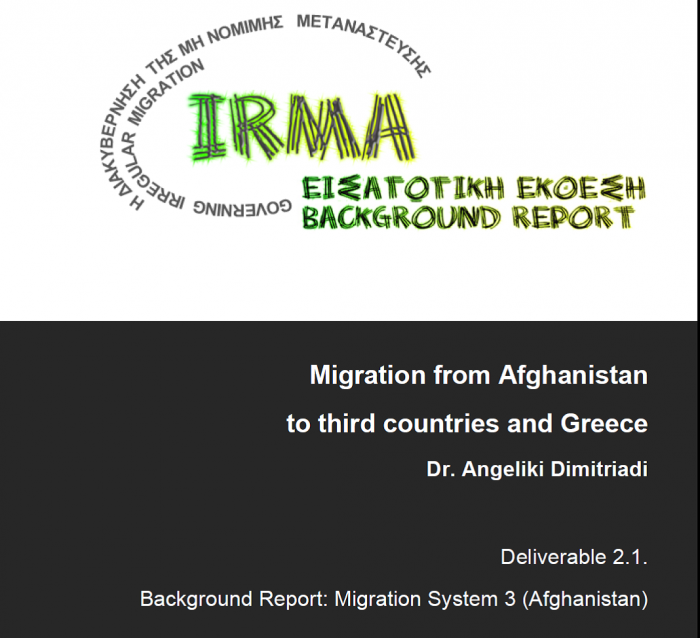 Introduction: The Islamic Republic of Afghanistan (henceforth Afghanistan) is part of the wider region of South and Central Asia. It is a region with a long and complex history, not only politically but also in the area of migration, whereby the main characteristic is the mobility of tribes and nomadic populations between neighboring countries. For at least two decades (1980 and 1990), Afghanistan was known for its geopolitical importance, but also for being one of the leading countries in the production of refugees and migrant flows, heading primarily to Pakistan and Iran.

The present report aims at framing the discussion around immigration from Afghanistan to Greece, the reasons for migrating, the push factors for their arrival and the composition of arrivals. The report begins with an overview of the geopolitical and historical context of Afghanistan, and recent developments that have shaped and continue to shape immigration today. A discussion of the two main destination countries- Pakistan and Iran- for Afghan immigrants follows, since current Afghan migratory flows are largely a result of the political changes in these countries and particularly the change towards the Afghan refugee population hosted until recently. Therefore their importance and role cannot be ignored. The report will close with an overview of Afghan immigration in Greece, the problems encountered and the particularities of the group.